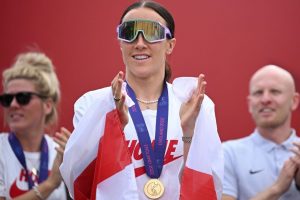 Lucy Bronze might have needed her shades the morning after the night before but behind them she was already readjusting her gaze towards the next target for the Lionesses yesterday – becoming world champions.

The Barcelona-bound full-back has won just about everything in the women’s game including the UEFA Player of the Year in 2018/19 but there is one medal missing. Having conquered Europe, she wants to conquer the world with England in Australia and New Zealand next summer.

“The Euros is fantastic, especially in our home country, but there’s a little star missing from our crest at the minute on the England shirt. That’s definitely a mission of ours to get that star there,” said Bronze.

“I’d love to get my hands on the World Cup – that will make the trophy cabinet full. I think we’ve had a winning mindset for a couple of years now, we’ve been pushing that and just needed to match it on the field and we’ve finally done that. It’s nice to be able to back up what we’ve been saying and know that we’re good enough to win tournaments. We’ve finally done that and we want to continue to do that.

JUST IN: Tesco offers free beer this week after Women’s Euros win – how to get 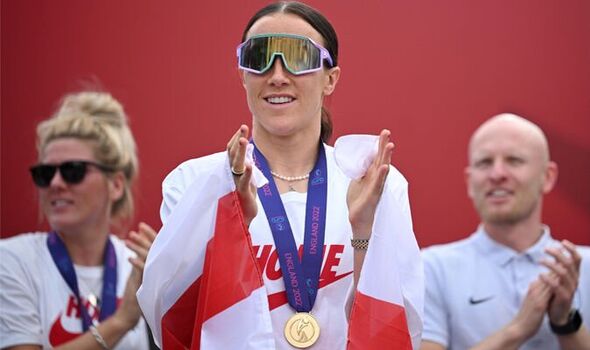 “That was their first tournament for England for a lot of the girls and I think they think this is normal. That’s a great thing if they think that’s normal. That sets the standard. We have to keep getting to finals.”

As European champions England will start as one of the pre-tournament favourites. But blocking their path will be Canada and Brazil, who are in the top ten of the rankings, and the world’s No 1 side USA who have won the last two tournaments and eliminated England in the 2019 semi-final.

“They’re the holders of the World Cup and they’re the ones that knocked us out,” said Bronze. “We know there are plenty of teams outside of Europe who want to compete for that World Cup as well as the teams in Europe who were in this tournament. I guess it’s up for grabs and we’re in a good place at the minute.” 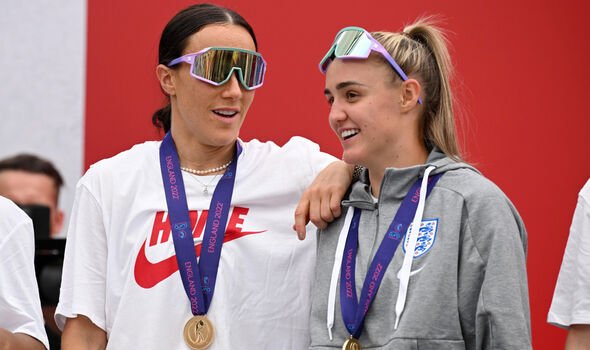 With the possible exception of 35-year-old Jill Scott, the age profile of Sarina Wiegman’s squad means the England manager will be able to call upon her Wembley heroes again at the World Cup. It will be a tournament which will come around in a rush after the rescheduling of the Euros because of Covid.

“We’ve got a year to build on what we’ve already done here,” said Bronze. “We could potentially carry on that momentum and that lift of the nation’s support with how well we’ve been playing. It could work well in our favour.”

England, unbeaten in World Cup qualification, need a point from their last two group games in Austria on September 3 and at home to Luxembourg in Stoke three days later to stamp their ticket Down Under.