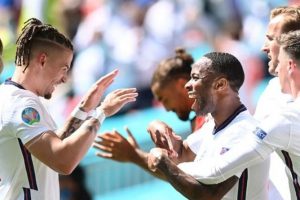 His inclusion certainly raised eyebrows but by half-time of England’s Euro 2020 opener with Croatia, Kalvin Phillips was comfortably the best player on the park. It’s easy to see why supporters may have felt aggrieved by certain elements of Gareth Southgate’s team selection but it’s easy to see why the Leeds defensive midfielder could be his new go-to guy.

The partnership with Rice may be deemed negative but the assurance they give England in the middle of the park allows the attackers to do the damage going forward.

Yet Phillips wasn’t out there to sit in front of the back four. He was given the freedom of Wembley. An opportunity he grasped with both hands.

He rattled into challenges and was first to every ball as the Croatian midfield were shrugged aside.

Dominik Livakovic was tested by two rasping drives from the midfield maestro, who was keen to show there is far more to his game than tackling and sidewards passing.

JUST IN: England fans boo and applaud as team take the knee ahead of Euro 2020 clash with Croatia 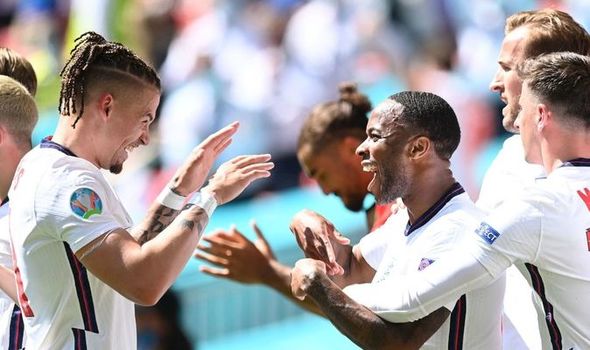 In fact, Phillips was the only player on either side to complete all of his first-half passes (18).

No player completed more long passes than Phillips either (three).

He was not prepared to live off his first-half display though and after the break, Phillips provided further evidence that he could be an integral part of this England side at Euro 2020.

Picking up the ball deep into the Croatian half, Phillips breezed past two before feeding a perfect through ball into the path of Raheem Sterling. 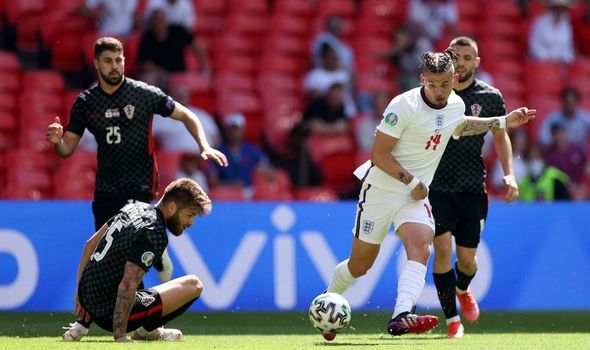 The Manchester City forward gobbled up the chance to put England in front, also justifying his selection ahead of Jack Grealish.

While the finish was excellent, the goal was a testament to the industrious work and vision of Phillips.

Last September, there was borderline disgust when the 25-year-old was fielded in front of a back five in Copenhagen for the Nations League clash with Denmark.

It was a dull game that did not cover Phillips in glory, particularly on his first outing for his country.

But this afternoon was categoric proof that Phillips is clearly misunderstood and perhaps underappreciated.

If you’re a key fulcrum in a team managed by the demanding Marcelo Bielsa, it says a huge deal about your quality and character.

Not only that but major tournaments under Southgate have a habit of creating unlikely heroes, as we saw in Russia three years ago.

There, Leicester’s Harry Maguire was lauded for his courage and class bringing the ball out from the back. 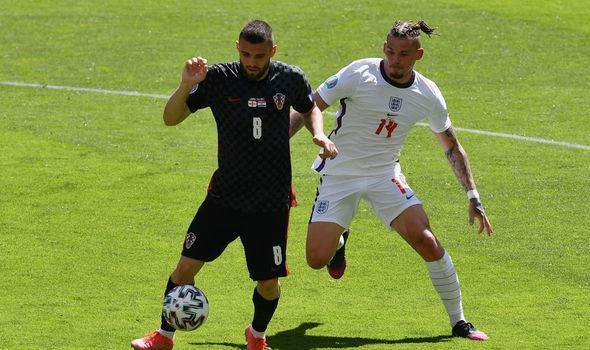 Jordan Pickford, a goalkeeper who was renowned for his occasional reckless nature, was the nation’s saviour.

Phillips has now secured his place as an undroppable heading into the second and third group matches with Scotland and Czech Republic.

Jordan Henderson’s fitness remains touch and go while Jude Bellingham’s class and promise has him knocking on the door for a start.

But both can have no complaints if they miss out to Phillips once again on the back of this performance against Croatia.

Back in Yorkshire, Bielsa may just be fearing a bumper bid could arrive from a Big Six club before the start of next season…