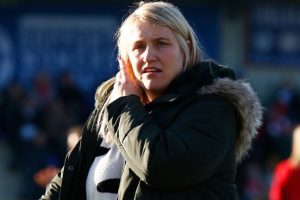 Chelsea host Atletico Madrid in the round of 16 of the Women’s Champions League on Wednesday night at Kingsmeadow with Hayes’ side seen as a potential challenger to the dominance of defending champions Lyon.

The match will be overseen by a team of Swedish officials, led by referee Tess Olofsson. Hayes, who has previously been critical of the standard of refereeing in women’s football, called for them to let the match play out competitively.

“I think it is really important we have strong officials, we know the importance of making sure referees are on top of the game in Europe, it is critical,” Hayes said.

“There are cultural differences in the way we approach our games. They have a passionate manager who has good experience in this competition. I know he will have coached and prepared his team for us and all the threats we can bring. “I hope the game gets the quality of officials it deserves to make sure that the right things are being done in the game. My players have the discipline that is necessary knowing that these games can be highly emotional. I like to think the level of professionalism and quality is there in our ranks to cope with that.

“I mean it is different than the domestic game, what might not be a foul in the WSL can be a foul in the European game. We need to have officials who have experienced top-level football to ensure it is a competitive game and one that is not disturbed too much by breaks from officials.”

Chelsea failed to qualify for last season’s Champions League after finishing third in the Women’s Super League, but before that they fell twice at the semi-final stage.

In 2019, they were beaten by eventual winners Lyon and also lost to Wolfsburg at the same stage in 2018, but they currently top the WSL having lost just one match all season and conceded just eight goals. 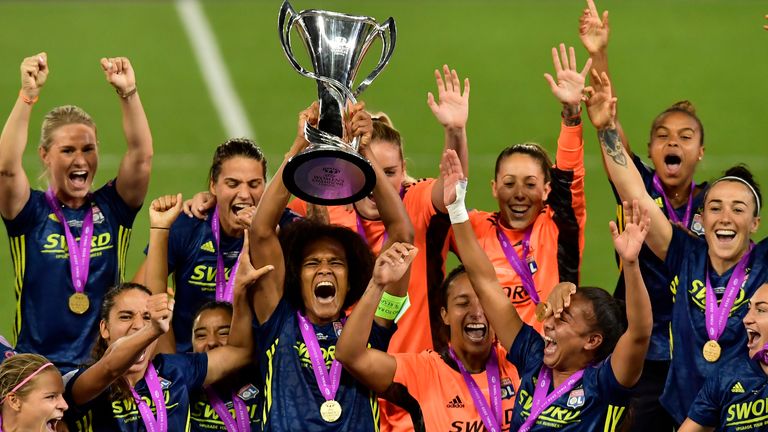 Hayes believes Chelsea are being put under pressure to succeed in the Champions League this year, but insisted her squad will not treat the game differently from any other.

“I think everybody around Europe is probably loving the kind of pressure that’s being put on Chelsea and the pressure that is being put on this year for our team and what’s expected of them while Manchester City are not being spoken about,” the Chelsea boss added.

Atletico Madrid won the Supercopa final against Levante in January and knocked out Manchester City in the last 16 of the 2019-20 Women’s Champions League and the season before.

However, the Spanish club have struggled in the league this season, and currently sit third in the table, 13 points behind leaders Barcelona having not played since before the international break on February 14.

“I think every game is difficult. It’s certainly the tie that we wanted to play, it was the opponent we wanted, we have full respect for the work they’ve done especially knocking out Man City the last two years but we don’t underestimate them.

“To be honest with you I’d rather have a real tough test and see where we are at this stage of the season than not so we’re just really looking forward to it.”

Bright: We have the ‘ingredients’ to win 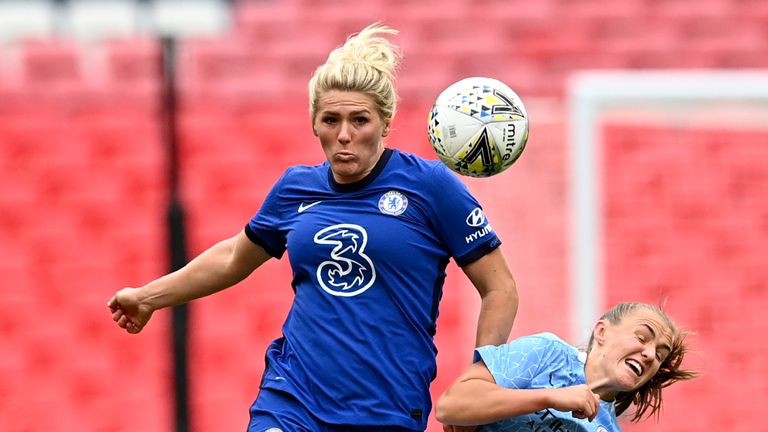 Chelsea and England defender Millie Bright believes the side are ready now after their disappointment at not being involved in the competition last season.

“We’ve come very close in all times that we’ve been a part of it, our last outing in the UWCL was our best run, and so close yet so far away.

“However, I do feel like we’re ready now, I think we’ve shown that in the league, we’ve shown how ruthless we can be, how strong defensively we can be, but again you just have to prepare for the game that’s in front of you. We’ve prepared very well, as we do for every game, but yeh, it’s the one we wanted, so just excited to get out there and get going. “