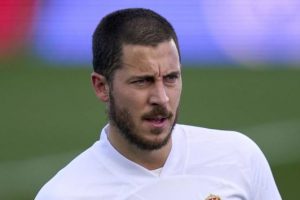 Eden Hazard spent seven years at Chelsea, where he won the Premier League and Europa League twice and finished three times in the top two for the PFA Player of the Year. However, a big-money move to Real Madrid has gone wrong for the Belgian through a number of injuries.

Eden Hazard has been told he lacks ambition by his former Chelsea team-mate Filipe Luis.

The Belgian is undergoing one of his toughest seasons as a professional player after a series of injuries.

It has kept him largely on the sidelines, making just eight appearances for Real Madrid in La Liga.

For such a talented player, it is a stark decline considering the levels he reached at Chelsea. 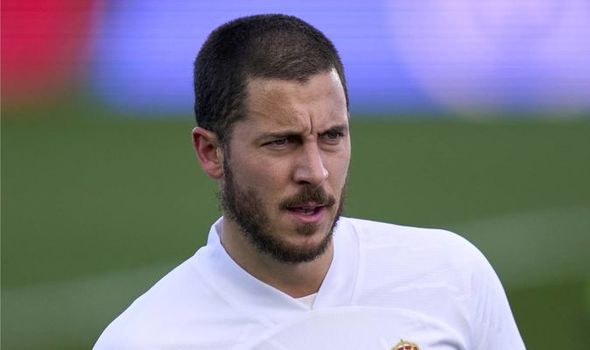 It was at Stamford Bridge where Zinedine Zidane fell in love with the playmaker, where he won a number of trophies.

But one of his former team-mates has explained how Hazard would play Mario Kart before training in one example over how he hardly took football seriously.

“Eden, along with Neymar, are the best players I have ever played alongside – up there with [Lionel] Messi,” the left-back said.

”He didn’t train well. Five minutes before the game he would be playing Mario Kart in the dressing room.

“He would warm up without tying his bootlaces up. But then no one could take the ball off of him.

“He would dribble past three or four players and win games on his own.

“Hazard has so much talent. Perhaps he lacks a little bit of ambition to say, ‘I am going to be the best player in the world,’ because he could be.”

Despite Hazard’s woes, Real are locked in a title battle with local rivals Atletico Madrid.

However, Zidane has insisted that they must show patience with the 30-year-old. 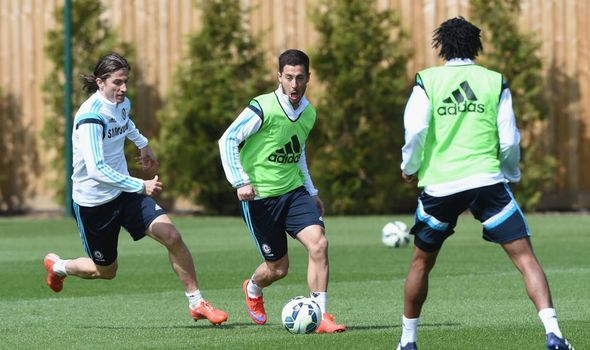 “He needs to recover confidence, play a great game or score a goal, just to do something different,” he said.

“We know what a great player he is and we need to be patient with him as he is working hard.

“We are behind him and we must give him time. The fans want to see the best version of Eden so we must be patient.

“We’re sticking with him and he really wants to step up. But today it wasn’t just Eden, we’re all in this together.”