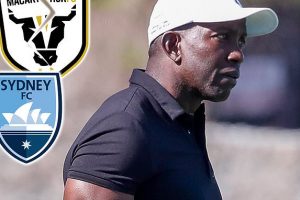 Dwight Yorke’s stint as an Macarthur FC coach is over after he parted ways with the club, just 13 A-League Men games into a two-year contract.

Yorke’s last game in charge was Friday’s 1-0 loss away to Adelaide United.

The former Manchester United forward held a meeting with Macarthur chairman Gino Marra on Saturday where it was decided they would agree to mutually terminate his contract. 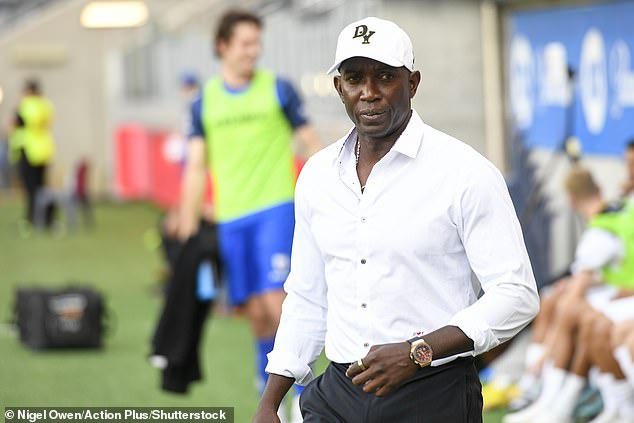 The Macarthur job was Yorke’s first foray into management after a glittering playing career. He had achieved his coaching badges at United, where Sir Alex Ferguson was a mentor for him.

He won the Australia Cup – the Bulls’ first piece of silverware – and picked up five wins in the league.

However, Yorke could stick around in Australia, with A-League strugglers Sydney FC lining up a swoop for the 51-year-old. 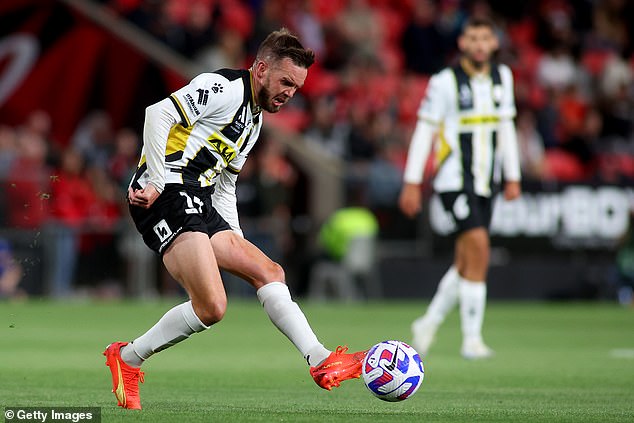 Sydney sacked Steve Corica after a disappointing start to the season and that has opened the door for Yorke, who played for the club in the inaugural A-League season in 2005.

The five-time champions are under increasing pressure after their slow start followed a terrible 2021-22 campaign, in which they failed to reach the finals.

Macarthur’s statement conceded that Yorke would like ‘to pursue other opportunities’, further strengthening speculation that he could return to his old club.

‘I want to thank the chairman Gino Marra, CEO Sam Krslovic, all the ownership group as well as all the staff, fans of Macarthur FC,’ Yorke said on his departure. 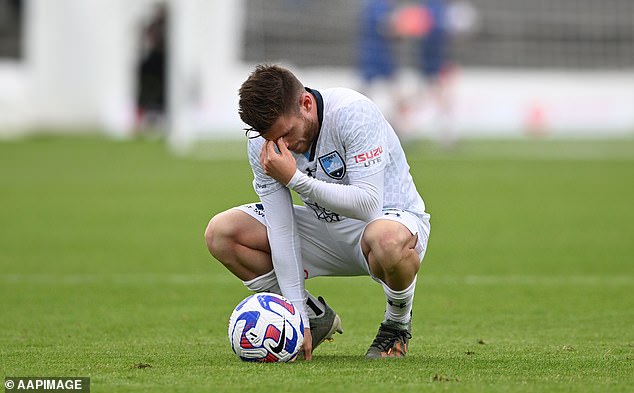 He could return to former club Sydney FC, who have had a torrid start to the season

‘I leave the football club with a great team that will continue to challenge for more silverware’.

Assistant coach Russell Latapy has also left the club, with Macarthur now searching for their third manager in the space of a year after Yorke was brought in to replace Ante Milicic.

Yorke’s glittering playing resume – which included a stint at Sydney FC in the A-League’s maiden season – created greater intrigue in a competition and club which has struggled to command attention.

He was recommended to the club by former Aston Villa teammate Mark Bosnich, who is close with Macarthur’s hierarchy.