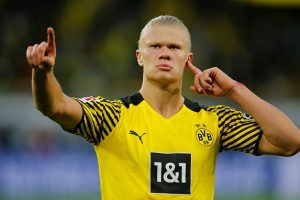 Borussia Dortmund will not feel any financial pressure to sell Erling Haaland next summer, according to the club’s CEO Hans-Joachim Watzke.

The 21-year-old Norwegian striker has been linked with many of Europe’s leading clubs, including Premier League giants Manchester City, Manchester United and Liverpool.

It had been reported that Dortmund will feel compelled to sell Haaland, who has scored 11 goals in eight matches so far this season, because they are listed on the stock exchange and will need to pay investors. 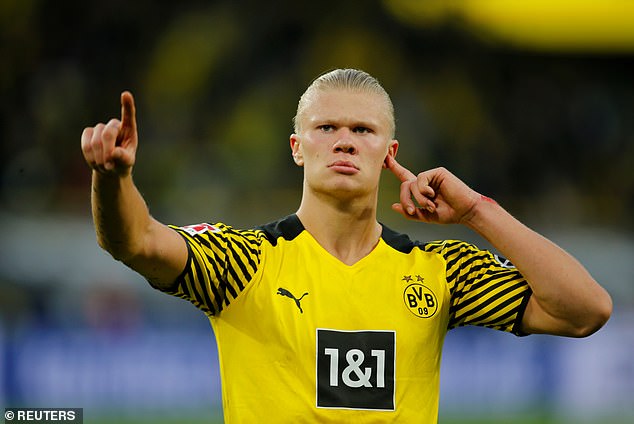 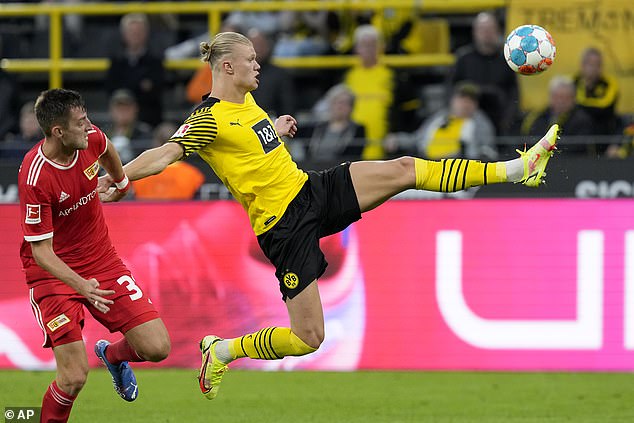 But Watzke told Sport1: ‘It has not yet been decided whether he will really leave in the summer. We’ll just have a look.

‘I heard someone say: “They have to sell Haaland because they are listed on the stock exchange.” This is all bulls**t.

Haaland has a release clause believed to be between £64million and £86m that will become active next summer. Reports last week suggested Haaland will be available for £77m. 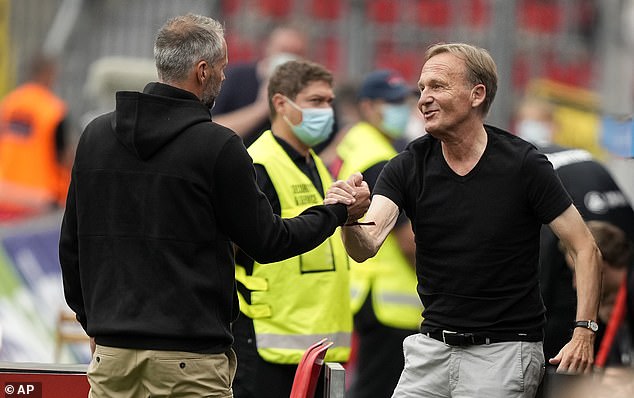 Real Madrid, Barcelona and Paris Saint-Germain have also been linked with the prolific forward.

Watzke believes Haaland and his agent Mino Raiola will make the right decision over the next step for a player who has scored 68 goals in 67 games for Dortmund since signing from Red Bull Salzburg for £18m in January 2020.

‘The ball lies in Erling’s court. I get on well with Mino Raiola because we can assess each other well,’ he said. 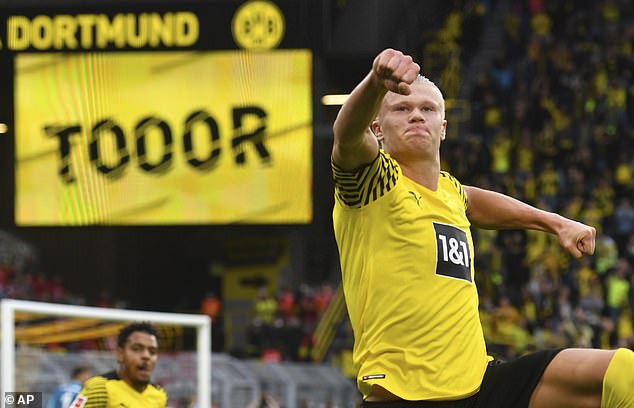 Europe’s leading clubs are interested in Haaland, whose release clause kicks in next year

‘I know what makes him tick. It is not right to believe that Raiola is all about the money. He also has in mind what is best for Erling.’

Dortmund suffered a setback in the Bundesliga when they lost 1-0 at Borussia Monchengladbach on Saturday.

They return to Champions League action at home to Sporting Lisbon on Tuesday night having won their group opener 2-1 against Besiktas.