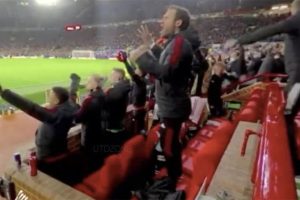 Manchester United star Donny van de Beek appeared subdued in the aftermath of Cristiano Ronaldo’s dramatic late goal against Atalanta. The Netherlands international was left on the bench for the match at Old Trafford. And that means he’s yet to make a single appearance for the club since the 1-0 defeat to West Ham in September.

Watch the Premier League & the Champions League on BT Sports and sign up for a monthly pass now to catch all the games.

Watch the Premier League & the Champions League on Prime Video. Sign up now for a subscription and get a free 30-day trial.

Sky Sports is showing the Premier League & the Champions League. Sign up for a Sky TV membership to watch the games now.