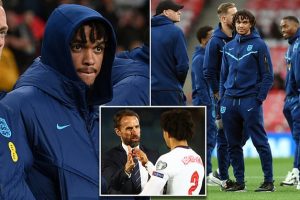 DOMINIC KING: Gareth Southgate’s call to pick Trent Alexander-Arnold but not play him against Italy or Germany is a NONSENSICAL waste of talent and time… the Liverpool star will be hurt by his bizarre latest England omission

Basing the argument on current form, the decision can be argued. Not even Trent Alexander-Arnold’s biggest fan would say his start to this campaign has been flawless.

Liverpool’s right-back has had some difficulties, particularly in defeats to Manchester United and Napoli. There have been moments when the speed with which he has run back could be questioned, incidents when he has done things you had previously never seen him do.

Gareth Southgate, as England’s head coach, has to select the players for matches he believes are in the best shape and have certainty in the calls he makes. Picking teams based on an individual’s popularity would shred a manager’s credibility and leave them vulnerable. Southgate won’t do that. 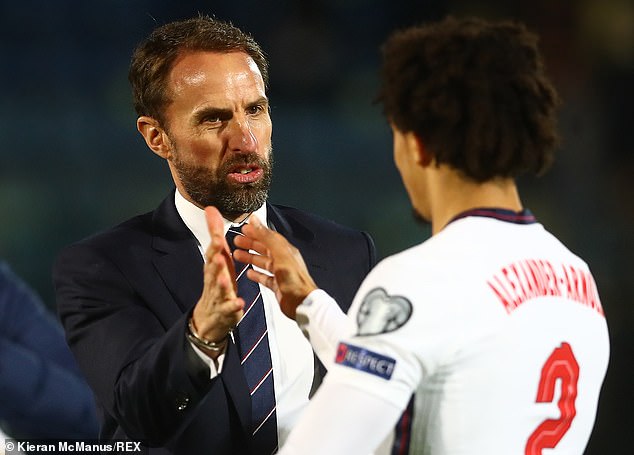 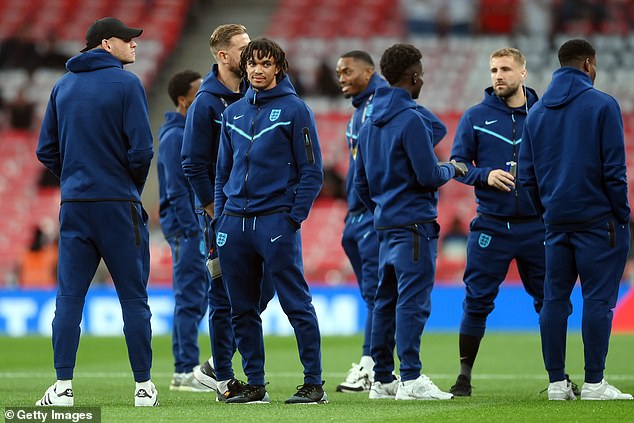 Alexander-Arnold arrived at Wembley with the rest of the squad, but was not available to play

The issue here, however, is significantly more complex.

What we have seen on Monday is one of the most remarkable decisions around an England team in Southgate’s six-year reign, the kind of action you usually associate with a big name player, who is reaching the end of the road, being phased out.

If Southgate had no intention of playing Alexander-Arnold against Italy or Germany, why pick him? Had his name not been in the initial party selected on September 15, his displays for Liverpool could have been put forward.

Plenty would have disagreed, obviously, given the 23-year-old’s outstanding natural ability and potential to change a game in an instant but at least it could have been taken on board and digested before the games began.

This, on the other hand, is a call that borders on the nonsensical.

From a PR point of view for the Football Association, it is a calamity. Why was the call made to make it public 11 hours before kick-off, allowing it to dominate social media, television channels and radio stations and any interview Southgate conducts before kick-off? 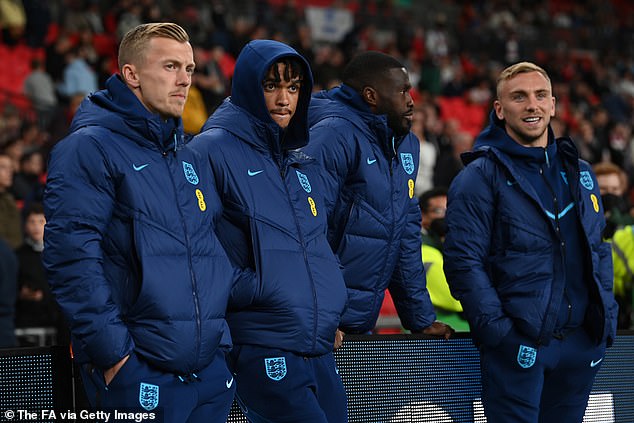 Do not think for one moment that Alexander-Arnold hasn’t been hurt by his omission for this game. He’s a quiet soul, who reads Harry Potter books, plays chess and practices free-kicks, and he desperately wants to be the player for England that he has been for Liverpool.

What has happened here, though, casts almighty doubt on whether Alexander-Arnold will even make Southgate’s squad for the World Cup finals. If he does go to Qatar, will he be going to do anything other than make up the numbers?

If Alexander-Arnold is harbouring any feelings that he has never been given a fair crack of the whip by Southgate, they are entirely justified in light of Monday’s events. Again: why sit him on the bench in San Siro and leave him out completely for Germany’s visit? It’s a waste of talent and time. 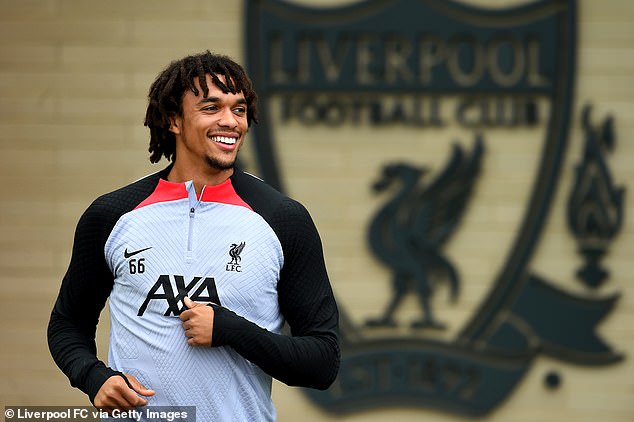 Alexander-Arnold has won everything with Liverpool, but keeps getting left out by Southgate

For all that Southgate has to be respected for picking the team that he believes is best to start, it is hard to understand how a space cannot be found in a squad for someone with Alexander-Arnold’s repertoire of passing (44 Premier League assists since August 2018).

Amazing to think that it was only seven weeks ago that Pep Lijnders, Liverpool’s assistant manager, was making a bold prediction for how the winter could look for Alexander-Arnold and what impact he might have for England.

‘It is only my opinion, but if you see the game in an attacking way, he gave that position such a creative boost over the last few years,’ said Lijnders, as he surveyed games against Iran, Wales and the United States. ‘True or not? Like Cafu did (for Brazil) in the past.

‘For me there are no limits and if you see the game in a certain way then for sure. But you can see the game in many different ways. I see a boy who grew, who is still growing and I really believe that life doesn’t have limits. You have to stay creative, stay unpredictable.’

There was absolutely nothing predictable about what happened on Monday morning when the news filtered out of the camp. Southgate is unlikely to publicly shut the door on Alexander-Arnold going to Qatar and will be considered in what he says but the reality is his confidence has been affected.

The old adage about form being temporary and class being permanent is true. Yes, Alexander-Arnold has found August and September challenging but he will always be one of Liverpool’s totems. For England – certainly under this regime – it couldn’t be any different. And what a crying shame that is.