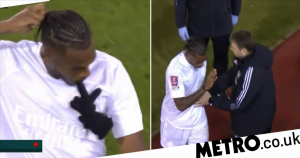 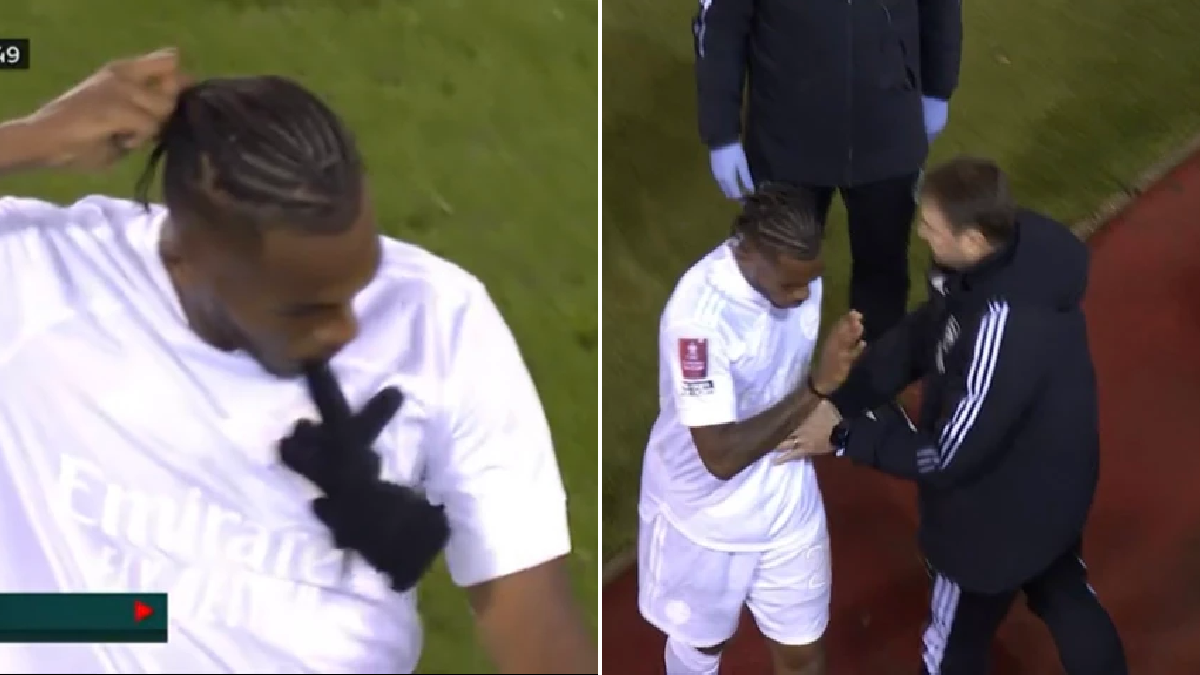 Ian Wright hit out at Nuno Tavares’ angry reaction to being hooked in the first half of Arsenal’s FA Cup third round clash with Nottingham Forest.

Tavares lasted just 34 minutes before being taken off by Mikel Arteta and replaced by Kieran Tierney.

The 21-year-old was clearly not happy as he stormed past his manager and threw his gloves to the floor in frustration.

Tavares had endured a difficult half hour with Forest’s Djed Spence causing him plenty of problems down the wing.

He didn’t look at the races with a misplaced back pass as well as losing possession on occasions summing up his performance.

But Gunners legend Wright feels his reaction to be subbed will not go down well with Arteta.

‘He has started very poorly. He is coming off and he’s thrown his gloves down, I think this is the wrong manager to do that with,’ Wright said.

‘Showing that kind of attitude. I think the disrespect he is showing at the minute is something Mikel Arteta won’t like, especially given the performance he has put in.’

Manchester United legend Roy Keane, was also in agreement with Wright and felt the defender could have no complaints to being taken off.

‘He’s right in front of the dugout and the manager, he’s been sloppy in everything he’s done.

‘Ok, a player can make a mistake but that sloppyness is down to his attitude and the way he started the game and you can’t start a game like that. You’ll get dragged off.’

The winner of tonight’s match will play FA Cup winners Leicester in the next round.