Maurizio Sarri has come to the defence of Chelsea’s £75million striker Alvaro Morata, who has come under criticism following a lack of goals for the side.

Large expectations were placed on the shoulders of the Spaniard following his high profile move from Real Madrid, though a poor first season in English football saw him fail to make Spain’s Russia World Cup squad.

Recapping on his time spent so far in England, in which his Chelsea side are yet to be defeated, Sarri highlighted the attributes he values in Morata. 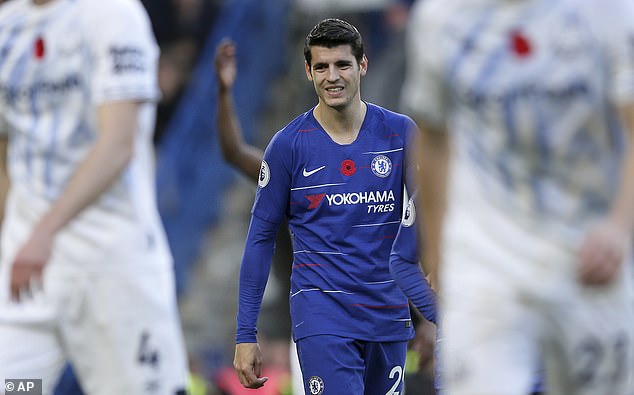 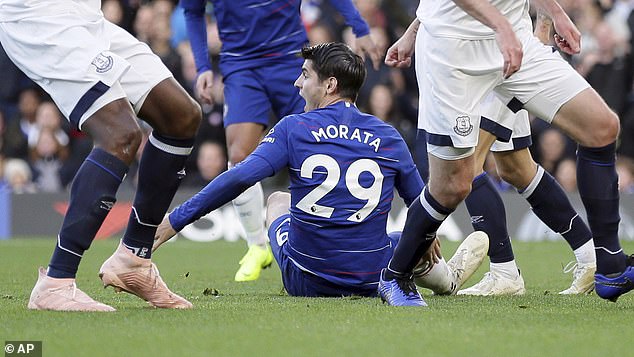 ‘Morata is a quality player, fast and technically gifted. He’s a sensible person and the difficulties had hurt him,’ the Italian told DiMarzio.

‘The results and the quality of our football are positive. 18 games without a loss, in such a competitive reality show that we’re on the right track.’

So far in 42 Premier League appearances for the Blues, Morata has come up with 16 goals and six assists while boasting a shot accuracy of just 45 per cent.

While the Spain striker is still struggling to find his feet at Stamford Bridge, one player who has been buoyed by the appointment of Sarri is defender David Luiz.

The Brazilian is back in the starting XI once again at Chelsea this season, after missing a large portion of the last campaign due to differences with former boss Antonio Conte. 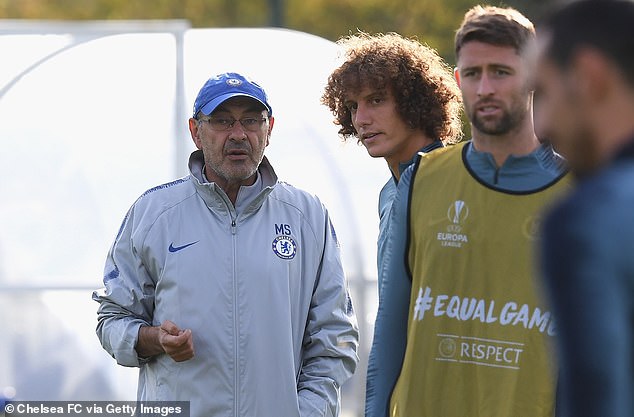 Sarri has slotted Luiz into his plans, and admits the 31-year-old has surprised him with his readiness and approach to the game.

‘There isn’t a lot of time between the training sessions and I think it doesn’t help the coach nor the players,’ said Sarri.

‘It’s not even only about the physical aspect but also about the mental one. David Luiz surprised me by his availability and cleverness.’