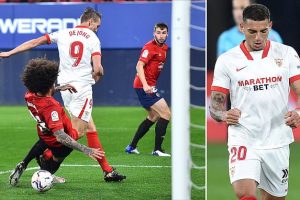 Sevilla’s Diego Carlos and Luuk de Jong got on the scoresheet to secure a sixth LaLiga win in a row as their side enjoyed a 2-0 victory at Osasuna on Monday to move above Barcelona into third place and join the title race.

Osasuna defender Oier Sanrujo almost got the hosts off to a perfect start when he sent a header crashing against the post in the opening minutes but it was Sevilla’s Carlos who broke the deadlock.

The Brazilian outjumped two Osasuna players to meet an out-swinging corner from Joan Jordan and his header had too much power for goalkeeper Sergio Herrera to keep out. 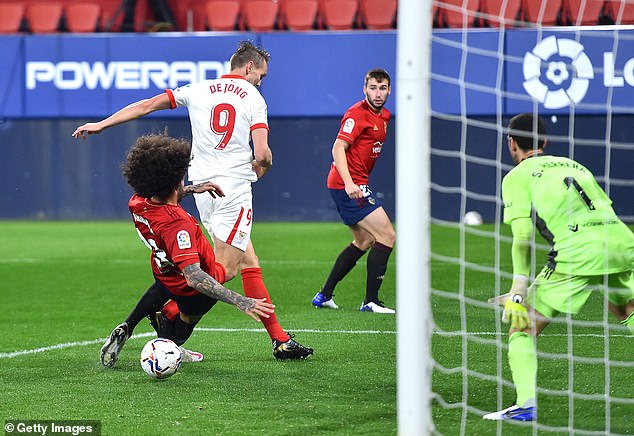 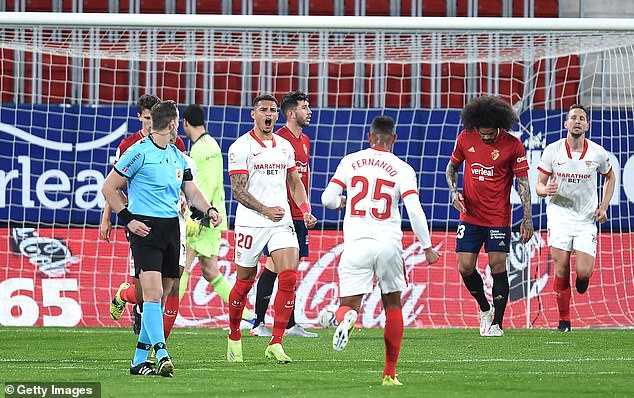 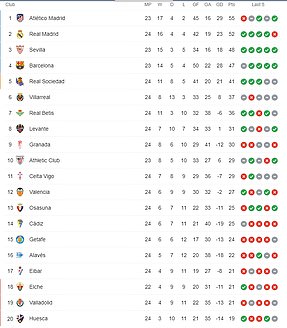 How the LaLiga table currently looks

De Jong put the visitors further ahead early in the second half with a backheel to guide a low cross from Munir El Haddadi into the net, while substitute Papu Gomez nearly added a third late on but was denied by Herrera.

It was a welcome victory for Sevilla after their 3-2 home defeat by Borussia Dortmund in the Champions League last-16, first leg last week and saw them move to 48 points, one point ahead of Barca who drew 1-1 at home to Cadiz on Sunday.

They took advantage of Atletico Madrid’s 2-0 defeat by Levante on Saturday to close the gap with the leaders to seven points with 15 games left, adding more intrigue to a title race which looked like a forgone conclusion less than a month ago.

Sevilla are also four points behind second-placed Real Madrid, with a game in hand. 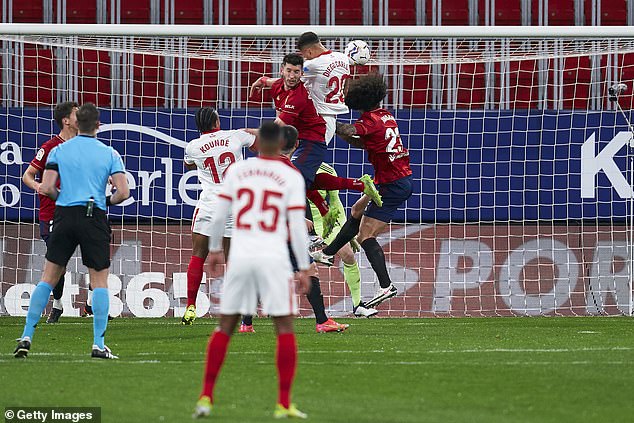 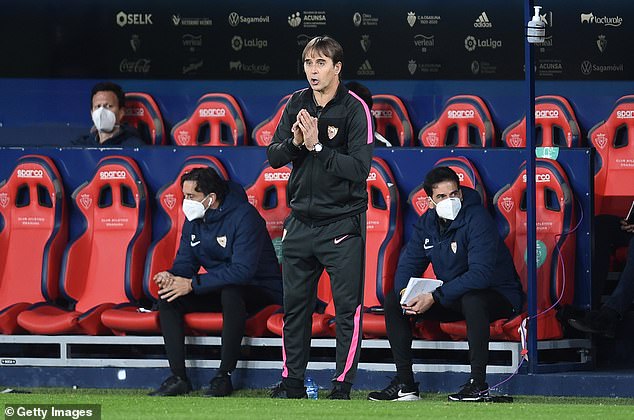 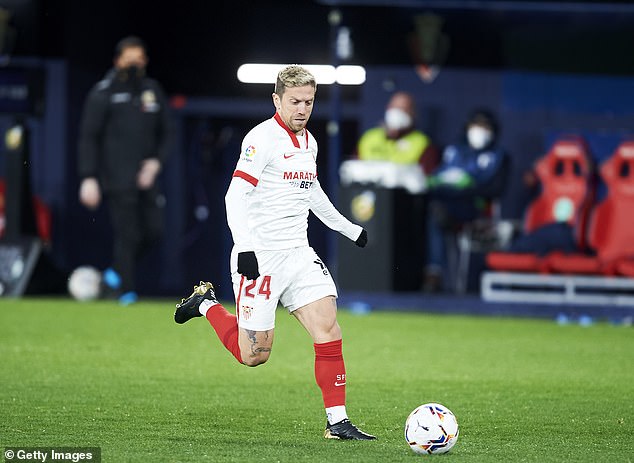 ‘We played well in every aspect, we were solid defensively against a team that plays with a lot of intensity and pace while not altering our usual attacking style,’ said Lopetegui.

‘Apart from their early clear chance, we were superior to them throughout the game.’

Sevilla now turn their attentions to a double header with Barcelona, hosting the Catalans in LaLiga next Saturday with a chance to go four points above them.

They then head to the Camp Nou for a Copa del Rey semi-final second leg on Wednesday, holding a commanding 2-0 lead.

Lopetegui was not interested in discussing his side’s title credentials but said fans should feel free to entertain the prospect of a tilt.

‘We have a limited amount of energy and we have to dedicate it all to thinking about our next game. Today was very tough and now we have to think about facing Barcelona. But it’s not my place to tell people how they should feel about that.’