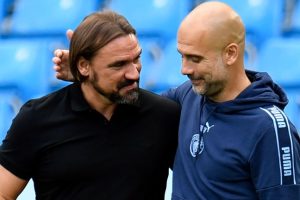 Norwich City manager Daniel Farke revealed he has a “close relationship” with Pep Guardiola and says the Manchester City boss is an “inspiration to so many people”.

Guardiola recently admitted he likes to watch Norwich when he has time to relax and also spoke of his bond with Farke, whose side beat the Premier League leaders last season before they were relegated.

Norwich currently sit top of the Championship as they target an immediate return to England’s top division and speaking at his pre-match press conference ahead of a top-of-the-table clash with Brentford on Wednesday – live on Sky Sports – Farke responded to Guardiola’s comments. 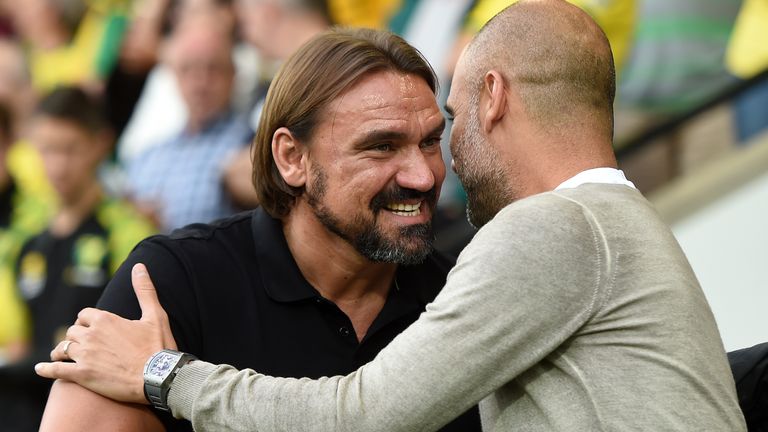 “Of course, Pep is one of the best coaches in the world, if not the best,” Farke said. “You know how much I also like his approach, his style, and how he influences the game. He’s fantastic and a big inspiration to so many people in this business.

“So he was always a big inspiration to many, many coaches and many people in this business and for that he’s a world-class coach. We have a really good and close relationship.

“I know he follows Norwich City quite closely and he spoke about how much he really likes us. If one of the best coaches in the world likes what you’re doing at the football club, it’s good for us.

“I think he’s a fantastic coach and a fantastic person and it’s great that we have a good relationship.”

Five league wins in a row have helped Norwich stretch their lead at the top of the Championship to seven points, with Wednesday’s opponents Brentford currently occupying second place.

Ten points separate Watford in third from Cardiff in eighth, and with at least 13 games of the season remaining, Farke believes it is still too early to suggest who finishes where in the final league table. 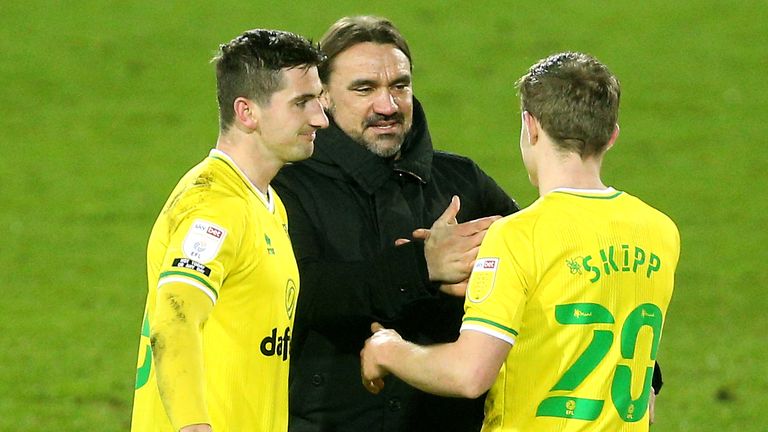 “Each and every week in the Championship is a significant week,” he said. “I wouldn’t differ between gameday one, gameday 20 or gameday 34. You have to show consistency. This league is about being relentless and showing consistency.

“Of course, right now there a few clubs in the best positions to finish in those top positions but you never know. Also other teams like Bournemouth, Reading, Cardiff – they have the potential to be there with six or seven wins in a row.

“In this league the momentum can change too quickly. I wouldn’t be concentrated on just a few teams at the moment. Let’s see who’s up there in the last one or two gamedays. I think it’s too early to judge.”