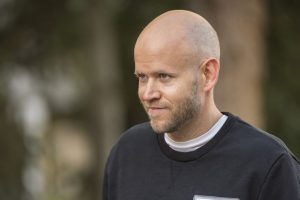 The Arsenal Supporters' Trust has revealed that they have held a "constructive meeting" with Spotify co-founder and CEO Daniel Ek, who wants to purchase the club.

"He approached us. We listened to him. When we knew, first and foremost, that he wanted to involve the fans then we met the Arsenal Supporters Trust.

"We told them what we wanted to do. To bring them back on board. Make them part of the meetings and knowing what’s happening. You need to put the DNA back into the club."

The AST have since said that they "welcomed" the chance to meet with Ek and his partners and that they also want to have a "a constructive and meaningful dialogue with Stan and Josh Kroenke" about the future of the club.

In a statement, the trust set out four key changes that they want to see in how Arsenal is run.

They want "fans to be given a greater role in the ownership and governance of the club" and would like supporters to be given the chance to "own an equity stake in their club".

The trust also want the fans to have "a greater say in how their club is run" and suggest that they should be given voting rights which cover "key custodian subjects".

"Fans should also have a greater say in how their club is run. This means direct engagement and involvement with the Board and executives. It means accountability through events such as an Annual General Meeting, the publication of key information, transparency and honesty.

"It also means fans having some form of voting rights, or 'golden share', that covers key custodian subjects such as the club entering new competitions and playing all home games in Islington."