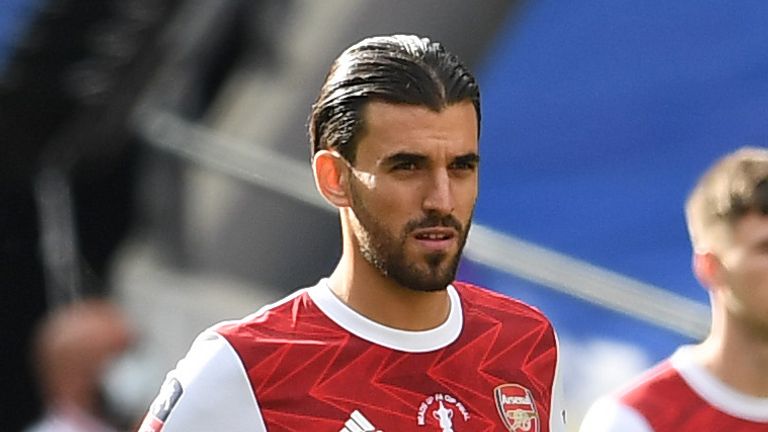 Ceballos established himself as an influential player for Arsenal last season, and speaking to Sky Sports in July, the Spaniard expressed a willingness to return to north London for the upcoming campaign.

Arsenal have now confirmed the midfielder will return to the club on loan and head coach Mikel Arteta is pleased to have re-signed the Spain international, who made 37 appearances for the Gunners last season.

“Dani was an integral part of our team last season and finished the season in excellent form,” said Arteta.

“I love Dani’s passion and commitment and he’s a highly skilful player. We’re all delighted to welcome him back and we look forward to seeing him pick up where he left off.”

Arsenal’s technical director Edu added: “We’re thrilled to have Dani back with us for the new season. 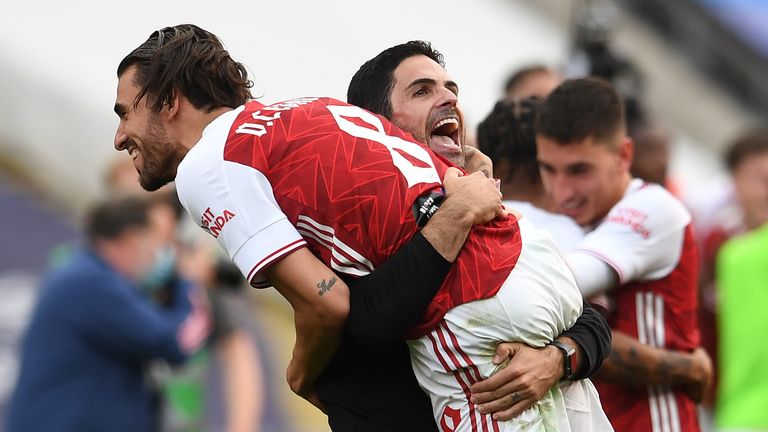 “We all know his qualities after an impressive 2019/2020 campaign, which ended with him playing a key role in our FA Cup success.

“We’re excited to add Dani to the list of quality players we are bringing in.”

Ceballos initially joined Arsenal on loan at the beginning of last season after finding his playing opportunities limited under Zinedine Zidane at Real, who he joined from boyhood club Real Betis in 2017.

He becomes Arsenal’s fifth signing of the summer, following the £27m arrival of Gabriel from Lille, permanent deals for Cedric Soares and Pablo Mari, who had been on loan, and Willian on a free transfer from Chelsea.

The Gunners have also been boosted by the arrival of William Saliba, who spent last season on loan at St Etienne after being signed for £27m, while David Luiz signed a new one-year deal to remain with the club.

It’s not the big-money midfield addition many Arsenal fans are waiting for – a move for Atletico Madrid’s Thomas Partey remains in limbo for now – but re-signing Ceballos on another season-long loan deal still represents an important piece of business for Mikel Arteta.

Ceballos was one of Arsenal’s best performers in the latter stages of last season, impressing alongside Granit Xhaka in an unfamiliar role at the base of the midfield and shining in a string of big games, including the FA Cup final win over Chelsea.

His combination of high energy and technical proficiency makes him a perfect fit for Arteta’s style, and the Arsenal manager lobbied for his return knowing that, at 24, there is room for further improvement.

With creativity and physical intensity in abundance, Ceballos offers ingredients Arsenal’s midfield otherwise lacks. It helps, too, that he already has a sound understanding with Xhaka, as well as the versatility to be moved into a more advanced role if further midfield reinforcements arrive in the weeks ahead.