Luka Milivojevic heads list of Palace absentees; Leeds to check on Raphinha; follow Crystal Palace vs Leeds in our dedicated live blog with highlights published shortly after the final whistle 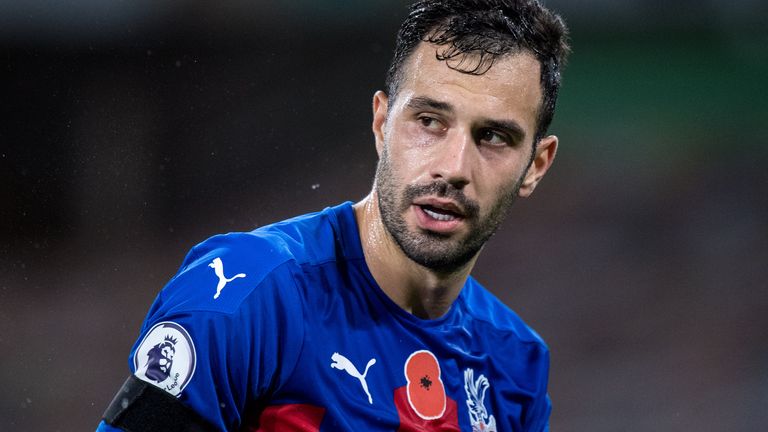 Team news, stats and prediction ahead of Crystal Palace vs Leeds United in the Premier League on Friday; kick-off 3pm.

Crystal Palace are without seven players for the visit of Leeds in the Premier League, with captain Luka Milivojevic among them as he serves the first of a three-match ban following his red card at Wolves last week.

Palace are also without Joel Ward (groin), Tyrick Mitchell (knock) and James Tomkins (hamstring), but the defenders are not expected to be out for long. Leeds will check on the fitness of winger Raphinha before travelling down to London.

The deadline-day signing from Rennes missed the home defeat to Leicester on Monday with an ankle injury, after impressing in cameo appearances from the bench against both Aston Villa and Wolves.

Defender Diego Llorente (groin) and midfielder Kalvin Phillips (shoulder) remain out injured while forward Rodrigo will miss a second match as he continues to self-isolate following his positive Covid-19 test.