Crystal Palace vs Brentford prediction: How will Premier League fixture play out today? 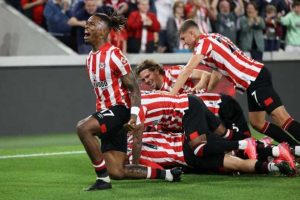 Brentford will attempt to continue their fine start to their time back in the Premier League with a trip to Crystal Palace.

The Bees beat Arsenal on their return to the top flight in front of a packed stadium, but this marks their first away game and their opponents will be similarly geared up at being reunited with mass home support of their own.

Palace lost comfortably against Chelsea in Patrick Vieira’s first match in charge, so a response is expected back on home soil.

New faces, a new style to implement and the absence of key attacker Eberechi Eze all mean it won’t be a smooth and easy transition for Palace, who have undergone something of a rebuild after Roy Hodgson’s departure.

When is the game?

The match kicks off at 3pm on Saturday, 21 August at Selhurst Park.

This season we are back to 3pm games on Saturday not being broadcast on UK TV or streamed live online. Highlights will be shown on Match of the Day on BBC 1 from 10:30pm.

Palace are without new signing Michael Olise, while Ebe Eze is a long-term injury absentee. Nathan Ferguson is also missing.

Brentford are without Josh Dasilva and Mathias Jensen still, but have no new concerns to start the season with.

Patrick Vieira will want a response from his side after a fairly tame defeat last time out, and Brentford may struggle to match their opening weekend intensity. Home points this time. Palace 2-1 Brentford.