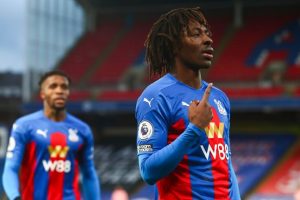 Report and highlights as first-half goals – from Jeff Schlupp and an excellent run and finish from Ebere Eze – help Crystal Palace get back to winning ways; Sheffield United stay in Premier League bottom spot after 15th defeat.

Ebere Eze’s sensational solo goal helped Crystal Palace ease past Sheffield United 2-0 as Chris Wilder’s side made it a record-breaking 17 Premier League games without a win from the start of the season.

The visitors made the worst possible start when falling behind to Jeff Schlupp’s deflected strike after just four minutes at Selhurst Park. 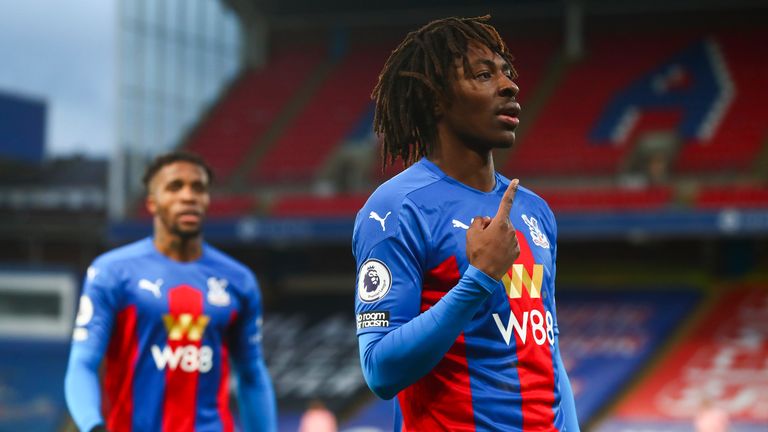 The hosts then doubled their lead thanks to Eze’s individual effort in first-half stoppage time as the substitute beat three players after starting his run midway inside his own half, before finding the bottom corner.

As a result, Roy Hodgson’s side moved up to 12th having ended their six-match winless run, while the visitors remained rooted to the foot of the table after extending their winless run to 20 matches in total.

Man of the match: Ebere Eze

Chris Wilder’s team arrived in the capital seeking to avoid an unwanted Premier League record, but shorn of nine players, the visitors were never really in the contest.

It did not help matters that they fell behind so quickly and to a goal that had a large slice of fortune about it as Andros Townsend’s raking pass released Wilfried Zaha down the left flank. However, after the forward found Christian Benteke on the edge of the area, the Belgian’s layoff was kindly deflected into Schlupp’s path, before the winger’s own shot also took a crucial nick on its way past Aaron Ramsdale.

But if that goal was slightly fortuitous in nature, there was nothing lucky about Palace’s second in first-half injury time.

Palace made two changes to the side that drew with Leicester City on Monday, with Joel Ward and James McArthur both recalled in place of Jairo Riedewald and Nathaniel Clyne, while Scott Dann was back on the bench.

The Visitors, meanwhile, made three changes from the side that lost at Burnley in midweek, with George Baldock and Rhian Brewster dropping to the bench, while Jack Robinson was not in the squad, and John Fleck, Oliver Norwood and Jayden Bogle all came into the starting line-up.

Eze, who had replaced the injured Schlupp five minutes before half-time, picked up possession midway inside his own half, before embarking on a mesmerising solo run that took him past three opponents, before coolly finding the bottom corner from the edge of the box.

That goal, just before the break, knocked the stuffing out of the visitors, who did not muster a strike on target in the second half until 16-year-old substitute Antwoine Hackford’s late effort was blocked. The Blades have become only the third side in top-flight history to go winless in their opening 17 matches of the season.

🔴 Antwoine Hackford (aged 16 years & 288 days) has become @SheffieldUnited’s youngest PL player and their second youngest overall after Louis Reed (16 years, 257 days), who made his debut in League 1 in April 2014 pic.twitter.com/VYc2TW7xah

Palace travel to Wolves in the FA Cup third round on Friday night (7.45pm), while Sheffield United visit Bristol Rovers in the cup next Saturday afternoon (3pm).