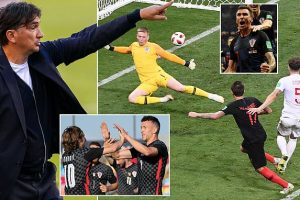 Croatia reached new heights after beating England and reaching the World Cup final, but their team is now in the midst of a REBUILD… forced to deal with key stars retiring and a lack of cutting edge, time is not on their side in their bid for Euros glory

Croatia stunned the world, and perhaps even themselves, after reaching the World Cup final in 2018. Playing some fast and effective football, they blew away the likes of Argentina and England, and fell at the last hurdle in a 4-2 defeat by France.

Everything seemed to come together for them. A blend of experience, raw talent and players bursting with attacking exuberance helped them to go all the way on their fine journey. Since then, however, it hasn’t exactly been plain sailing.

That final was their first ever at a major tournament, and the rebuild has proven difficult. Just seven of the 11 players who started on that day have been named in the 26-man squad for Euro 2020, a clear sign of the shifting shape of their team. 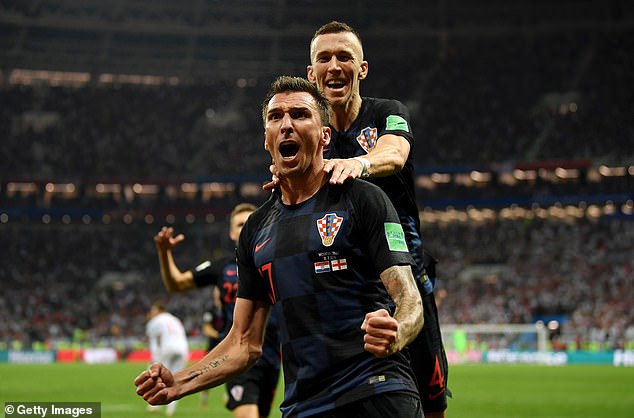 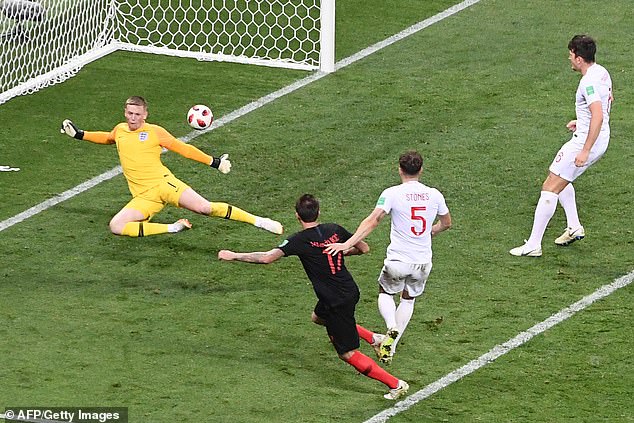 Their form has ebbed and flowed, too, with two poor Nations League tournaments bringing them straight back down to earth with a resounding crash after the highs of their campaign in Russia.

Croatia began qualifying for this summer ranked fourth in the world, but were notably below-par in their away fixtures. They lost to Hungary, and were held to just a point against Azerbaijan and Wales.

Despite winning all their other games to take top spot in their group, there was a clear vulnerability on show that England will look to exploit.

On paper, there doesn’t appear to have been much of a change in Croatia’s style of play. They remain a highly technical side, one which likes to keep the ball and look to control the tempo of every match.

But, as was laid bare in their warm-up games before the start of the tournament this week, they can be complacent in their build-up and lack a real cutting edge up front. No longer can they rely on many of the star names from 2018. 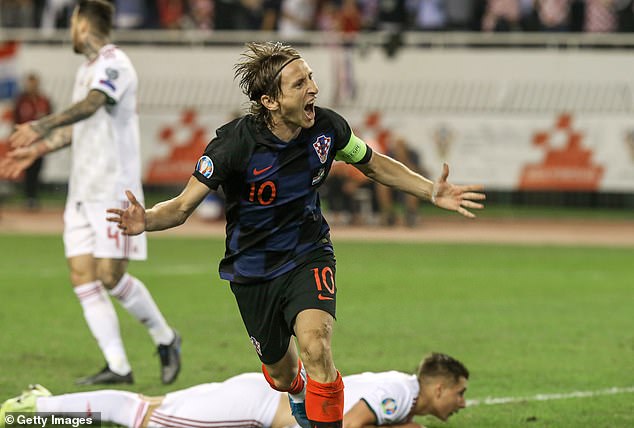 The retirement of Mario Mandzukic, the towering frontman who laid England’s hopes to rest at the World Cup with a wave of his left boot, has undoubtedly taken its toll on the nation.

Three other players from the final three years ago have also stepped away, namely Danijel Subasic, Ivan Strinic and Ivan Rakitic.

Since then, it has been an uphill struggle to return to their previous heights – and their final warm-up game before they take on England on June 13 was marred by a tense defeat to Belgium. 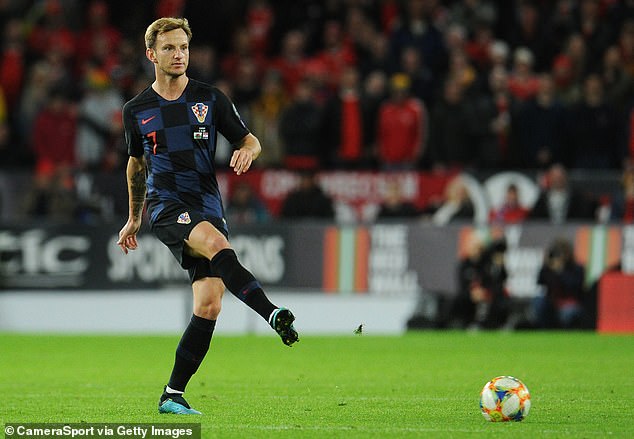 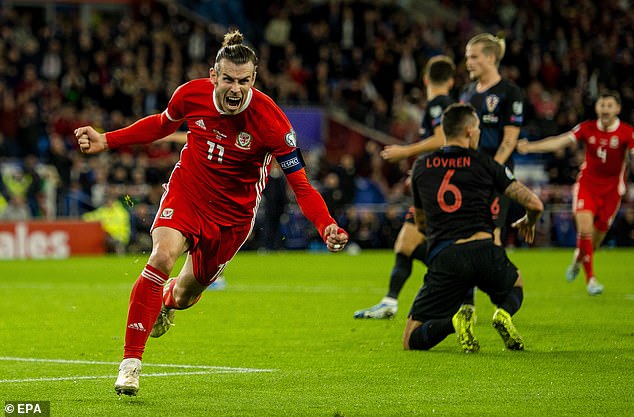 Gareth Bale netted for Wales in their draw with Croatia, who had struggled in away qualifiers

Romelu Lukaku had netted the only goal of the game in Brussels, although Croatia were at least able to display some of the characteristics and verve that have turned them into a surprise powerhouse over the last few years.

Luka Modric remains at the heart of everything they do, and there is also plenty of experience around him. These old heads may have fallen short in Brussels, but there was enough shown to underline the danger they will pose to the Three Lions.

It’s likely that the team fielded by Zlatko Dalic on Sunday will be very similar to the one named to face England at Wembley – but countering their threat will be far from an easy task for Gareth Southgate. 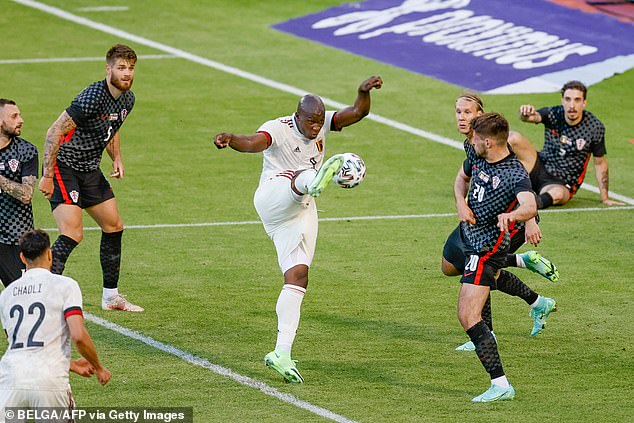 Dalic’s side will keep the ball well, remain patient when piecing together attacks, and allow Modric the freedom and space to weave his magic on the luscious green surface at the national stadium.

There aren’t many better sights in the sport than the Real Madrid man performing at his fluid peak, but the playmaker has proven time and time again that he is also capable of switching up his incisive nature through the gears.

Croatia found themselves racing away on the counter on a handful of occasions against Belgium, partly due to Modric’s brain working at lightning speed before he picked out team-mates with ease.

Their main issue, which is scoring goals and sharing them about equally, does not entirely fall on Modric’s shoulders to solve, though. Others will need to chip in, and the spotlight has fallen firmly on Dinamo Zagreb ace Bruno Petkovic to step up. 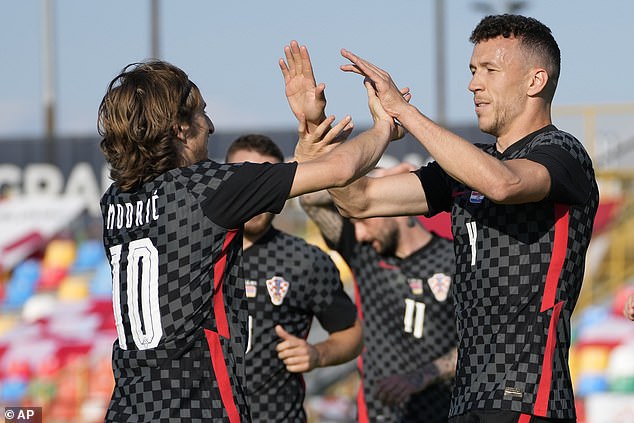 He is a far cry from Mandzukic, a man Croatia were often able to rely on to save them, and is not known for bagging bundles of goals for either club or country. This may have to change if the team are to reach the knockout rounds.

Petkovic’s strengths lie around his physicality and fine hold-up play, however, and this perfectly plays into the hands of of Ivan Perisic and Ante Rebic, the two wingers, allowing them to burst into action.

As pointed out by Sportsmail in a verdict of the loss to Belgium, Croatia were once again caught out by poor organisation at set pieces, and a failure to then respond and deal with second balls.

Lukaku’s goal came about in that exact fashion. First, a relatively routine delivery wasn’t cleared effectively, and then Croatia’s backline were unable to organise in time to stop the striker from pouncing. 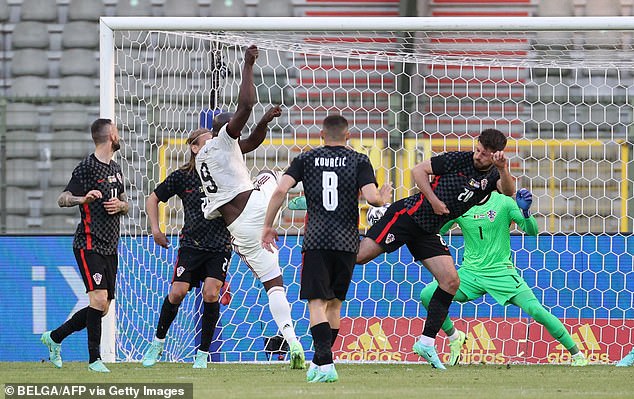 England owed much to their prowess over dead balls in Russia, and will take heart from Croatia’s struggles to repel them. Unless boss Dalic is able to correct the problem in the days leading up the tournament, they will be made to pay.

The coach may also be tearing his hair out at over a lack of options on the bench. This tournament is as good a time as any to introduce new faces into the group, and then trust in them when they’re called upon.

Marseille centre back Duje Caleta-Car played against Belgium in place of Dejan Lovren, and is slowly but surely working his way towards being a starter. Starlet Josko Gvardiol, currently at RB Leipzig, is another name to keep an eye on.

Dalic will know that being able to hang his hat on the whole of his 26-man squad will be crucial for his team’s dreams this summer, although the jury is most certainly still out on the majority of his options in reserve. 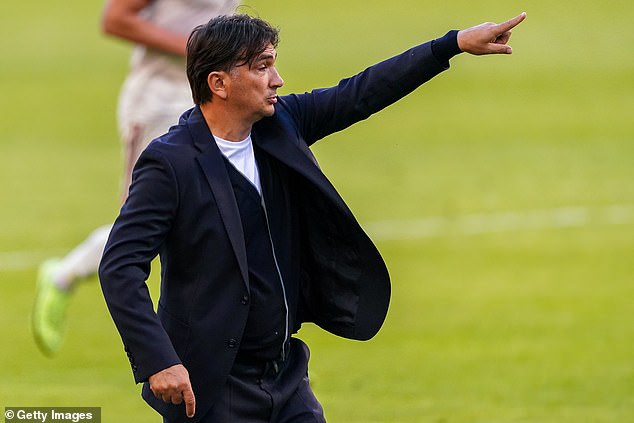 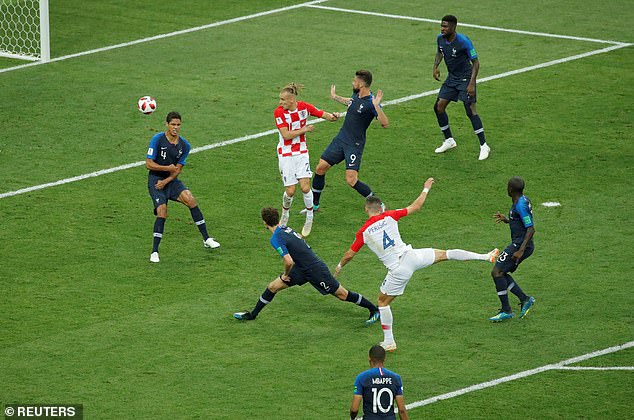 Nikola Vlasic may be a familiar name to Everton supporters, and he is now living up to his potential. Having made his debut for Hajduk Split aged just 16, Vlasic then moved to Goodison Park but was unable to make an impact.

Fielded as a No 10 in a 4-2-3-1 formation for Croatia, Vlasic has starred and somewhat taken up the mantle after Rakitic chose to step away from the international stage.

Mislav Orsic, meanwhile, single-handedly knocked Tottenham out of the Europa League last season after netting a stunning hat-trick for Dinamo Zagreb – and his tally for the year stood at 16 goals.

So, age may not be on their side anymore, and they stand on the cusp of a transition between the old guard and the new, but Croatia simply can’t be discounted to surprise the masses again. England will only hope it’s not at their expense again.