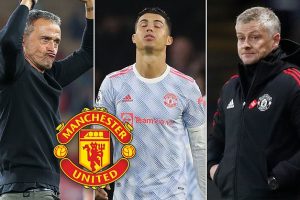 Cristiano Ronaldo ‘wants Luis Enrique to replace Ole Gunnar Solskjaer as Manchester United boss’ instead of a reunion with Zinedine Zidane, as the club begins the search for Norwegian’s successor after his sacking

Cristiano Ronaldo’s preference as the new Manchester United manager has been revealed as Luis Enrique, according to reports.

Ole Gunnar Solskjaer was finally sacked as United manager on Sunday morning, with the club already on the hunt for the Norwegian’s successor.

And influential forward Ronaldo wants Enrique to replace Solskjaer in the Old Trafford dugout, rather than reunite with Zinedine Zidane, according to Sky Sports. 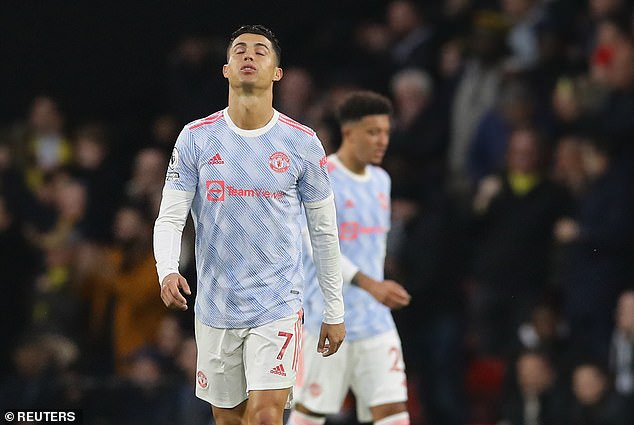 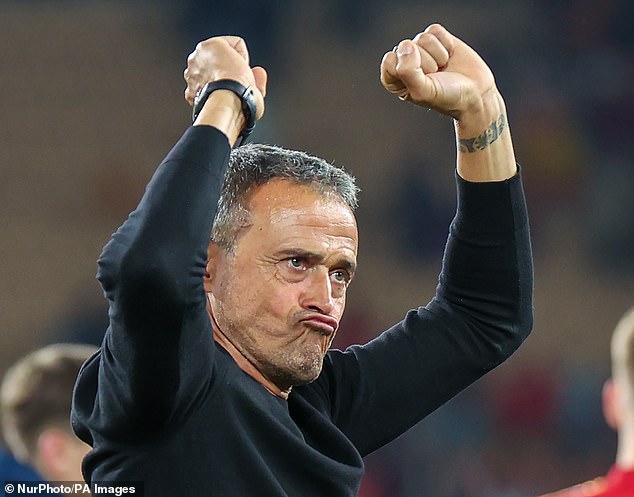 Former Real Madrid manager Zidane worked with Ronaldo at the Spanish giants, where they won three successive Champions League titles between 2016 and 2018.

But Ronaldo, 36, who is understood to have a big influence at the club, prefers Enrique rather than the Frenchman or Ajax boss Erik ten Hag, who are three of the most prominent names in the running. 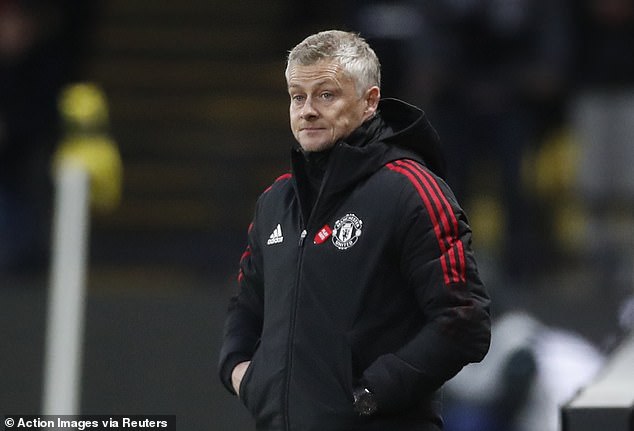 Enrique has been leading Spain since late 2019, and reached the semi-finals of this summer’s Euro 2020 tournament, before bowing out to eventual winners Italy on penalties.

The 51-year-old managed Barcelona to two LaLiga titles and a Champions League crown in his three years at the Nou Camp, the same time Ronaldo was at their rivals in Madrid.

United axed Solskjaer after an embarrassing performance in a 4-1 drubbing by promoted Watford, following on from convincing defeats at the hands of rivals Liverpool and Manchester City by an aggregate score of 7-0.

LIVE: Follow all the latest from Old Trafford after Solskjaer’s sacking by United