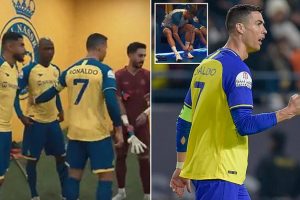 Cristiano Ronaldo starred front-and-centre in a new behind-the-scenes video released by Al-Nassr after the Portuguese star made his debut for his new side.

Ronaldo started and played the full 90 minutes of their 1-0 victory against Al-Ettifaq, with Anderson Talica scoring a first half winner.

It was his first official game since joining the club in an eye-watering £175m-per-year deal last month, although he did feature in an Al-Hilal/Al-Nassr all-star game against PSG last week. 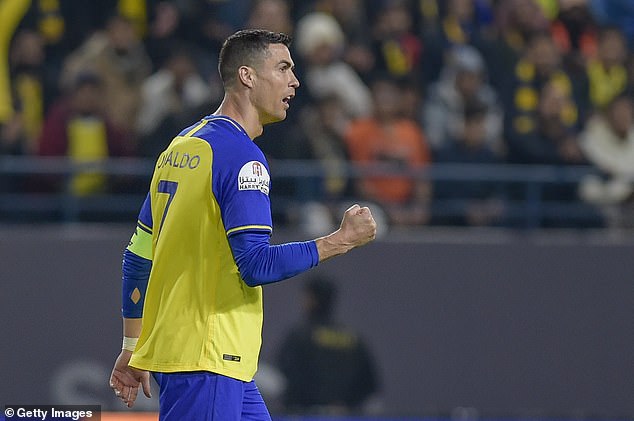 And in the video which was released by his new club following the win, Ronaldo is the main feature with the newly-appointed Al-Nassr skipper creating significant excitement among the club’s fans in the behind-the-scenes clip.

Several supporters were seen turning up to the game in various Ronaldo tops, while some carried Portugal flags with them – in a show of support to their new signing.

After coming off the team coach, Ronaldo was filmed going through various stretches and exercises in the changing room to loosen up, before heading out to warm up with his Al-Nassr team-mates. 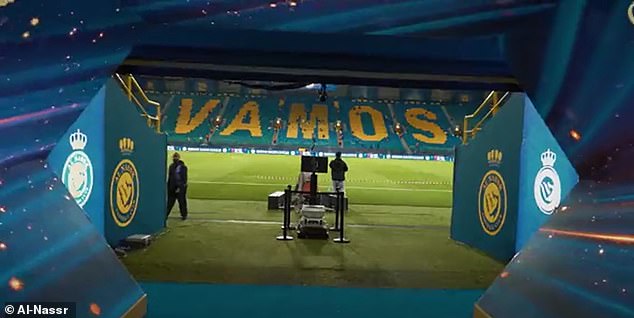 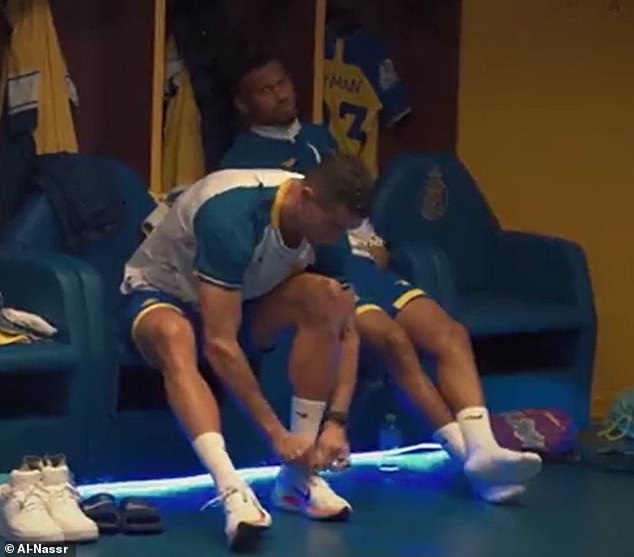 As he ran out, the opposite side of his new home – Mrsool Park – displayed ‘VAMOS’ across the seats – translated from Portuguese as ‘let’s go’.

Al-Nassr boss Rudi Garcia then went through tactics with the team and Ronaldo greeted all of his team-mates ahead of kick-off as he tried too gee them up as their new skipper.

He then led his team out of the tunnel, before highlights of the first half are shown in the video, including Talisca’s goal.

As the new skipper of Al-Nassr, Ronaldo tried to gee up his colleagues ahead of kick off

With Al-Nassr 1-0 up at the break, Ronaldo then passed on some further words of wisdom to his new colleagues, before the video showed the players heading back out for the second half.

After the Saudi Pro League side held on for a win against their counterparts, the 37-year-old looked happy as he returned to the dressing room, and Garcia then spoke to his players to give them his full-time thoughts on the game.

The result leaves Al-Nassr top of the table – one point clear of their arch-rivals Al-Hilal – as Ronaldo aims to win the 32nd trophy of his career.