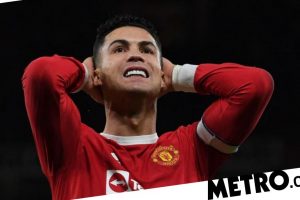 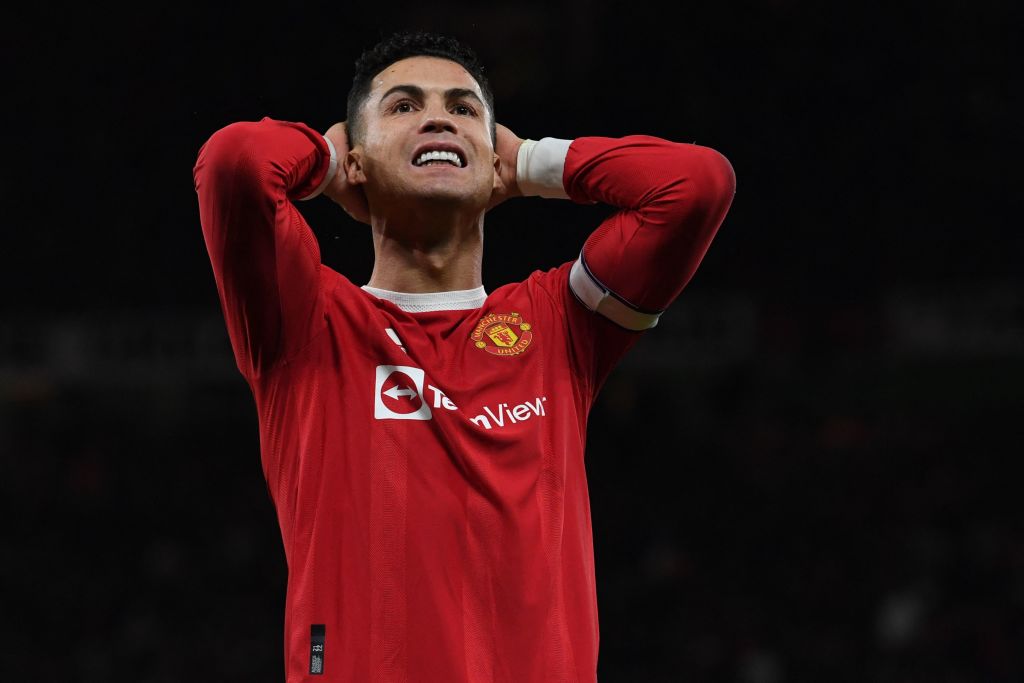 Cristiano Ronaldo is ‘confident’ he will be fit enough to feature in Saturday’s Premier League match against Aston Villa.

The 36-year-old missed Monday’s FA Cup win over the same opponents with what interim manager Ralf Rangnick described as a minor muscle injury.

In his absence, United laboured to a 1-0 win thanks to Scott McTominay’s eighth minute header, but were dominated for long spells and again had to rely on goalkeeper David de Gea, as well as a fortuitous VAR call, to book their place in the fourth round.

United were beaten by Villa, then managed by Dean Smith, at Old Trafford earlier this season and with Steven Gerrard’s side bolstered by Thursday’s signing of Lucas Digne from Everton, Rangnick will be hopeful United’s talisman will have recovered in time for the trip to the Midlands.

Asked if he would be available for selection, Ronaldo told Premier League productions: ‘I hope so. We will try on Thursday. I will try to train as normal. Let’s see how the body reacts. Fingers crossed. I’m confident.’

Ragnick’s honeymoon period at United, meanwhile, was all too fleeting with the recent defeat against Wolves representing a major setback in his side’s pursuit of a top four place.

However, it’s clear Ronaldo is enjoying his time under Rangnick, despite initial question marks surrounding his role in the German’s high-pressing system.

‘He arrived five weeks ago, he changed many things, but he needs time to put his ideas to the players and on the pitch as well. It takes time,’ the five-time Ballon d’Or winner told Sky Sports.

‘But I believe that he is going to do a good job. We knew that we don’t play the best football as we should do, but we have many games to improve.

‘Since he arrived in some points we are better, but as I said before, you need time. It’s not that easy to change the mentality of players, the way they play, the system and the culture.

‘So I believe that he is going to do a good job.’