Cristiano Ronaldo labelled "a failure" who has been "terrible" for Juventus 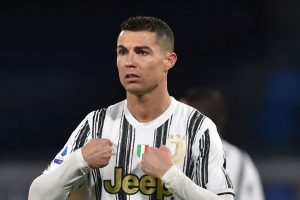 Cristiano Ronaldo has been slammed as a "failure" at Juventus as the Italian club are told they cannot evolve with him in the team.

Ronaldo is in his third season in Turin having moved from Real Madrid in 2018.

The Bianconeri have won successive Serie A titles but failed to make it past the quarter finals of the Champions League since the 36-year-old's arrival.

Juventus have twice fallen short at Europe's final hurdle since 2015 and Cassano insists Ronaldo was not signed to further their domestic dominance.

"Juventus signed him to win the Champions League, but they've done worse with him than they've done before," he told Corriere dello Sport.

"They'd also won the Scudetto [Serie A title] without him. I think he's been a failure."

Ronaldo has continued to be prolific at Juventus, scoring 90 times in 117 outings for the Old Lady.

He is playing under his third different manager in three years with Andrea Pirlo now in charge.

The player turned manager is looking to change Juventus' style, but Cassano insists he cannot do so while Ronaldo remains present.

He added: “They've tried to improve their style of play rather than win. Cristiano just doesn't work in the same way as Andrea.

“He'll keep scoring goals because he knows how to do that no matter what. He'll cut in from the left, get the ball on his right foot and fire it in.

“But Pirlo wants to build the play, pressure the opposition and play between the lines, and this means Cristiano doesn't participate much.

“I think Cristiano has done terribly over the last three years.”