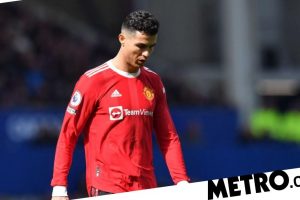 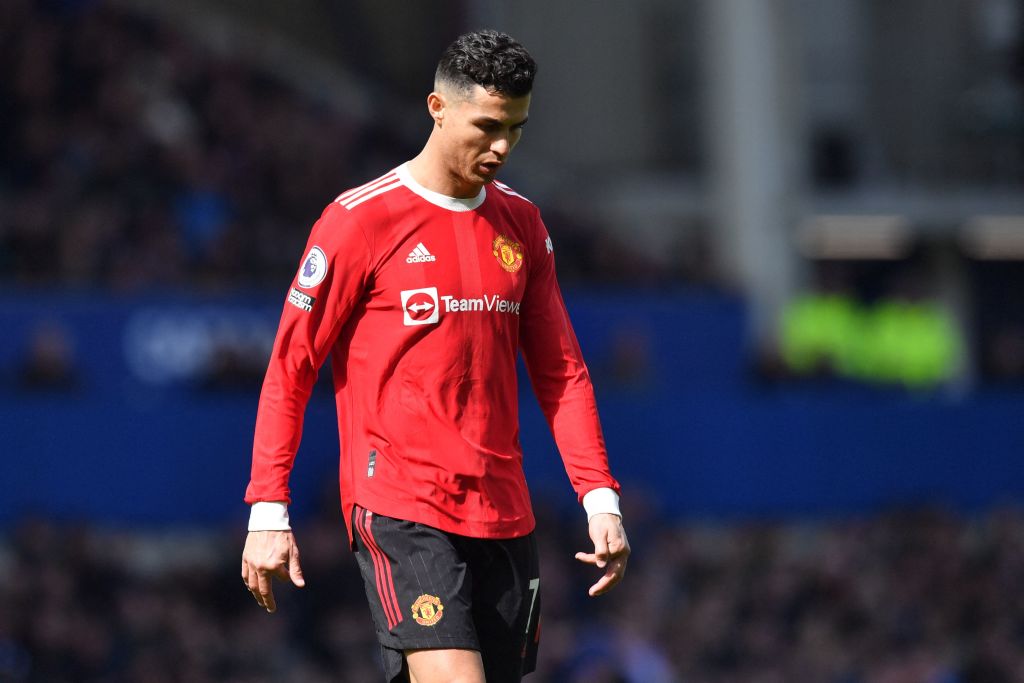 Cristiano Ronaldo has been handed a two-game suspension and a hefty fine for knocking a mobile phone out of a supporter’s hand.

The 37-year-old, who yesterday had his contract with Manchester United terminated by mutual consent, was charged by the FA for ‘improper and/or violent conduct’ in September.

The incident took place following United’s 1-0 defeat at Goodison Park last April. Footage shared on social media showed Ronaldo appearing to smash a phone out of a young fan’s hand as he left the pitch and headed towards the tunnel.

Ronaldo was cautioned by police regarding the incident in August and later issued an apology to 14- year-old Jacob Harding on his Instagram account.

The FA are expected to announce Ronaldo’s punishment today – a two-match ban and a fine of £50,000, according to The Mirror.

The ban means Ronaldo will miss his first two games if he is to join another Premier League side following his release from United.

Chelsea and Newcastle United are among the clubs who have been credited with interest in the veteran striker, who is currently with the Portugal squad at the World Cup in Qatar.

United suffered a frustrating defeat at Goodison Park in April, one that effectively ended their hopes of finishing in the top four.

Ronaldo was also booked late in the game for kicking the ball away before showing his frustration again in the incident involving the young Everton fan.

After the game, the teenager’s mum, Sarah Kelly, revealed her son suffered bruising such was the ferocity with which Ronaldo slapped the device out of his hand.

She said: ‘At full-time the United players started walking off. We were right by the tunnel – my son was there, videoing them all. Ronaldo then just walked past, with a terrible, terrible temper, and smashed the phone out of his hand.

‘You can see by the bruise that he’s made contact. I was crying, I was shook up, Jacob was in complete shock – he’s autistic and he’s got dyspraxia as well, so he didn’t really digest what was happening until he’s come home.

‘He’s really upset and it’s put him off going to the game again. We had an absolutely brilliant day up until those final few seconds.’

Following on from his explosive interview with Piers Morgan where he claimed he has ‘no respect’ for manager Erik ten Hag, United officially cut ties with Ronaldo on Tuesday.

His contract with United still had seven months left to run and was worth in excess of £500,000 a week, but it’s understood that he has not received a payoff after breaching the terms of his deal.

A statement from Ronaldo on Tuesday read: ‘Following conversations with Manchester United we have mutually agreed to end our contract early.

‘I love Manchester United and I love the fans, that will never ever change. However, it feels like the right time for me to seek a new challenge. I wish the team every success for the remainder of the season and for the future.’