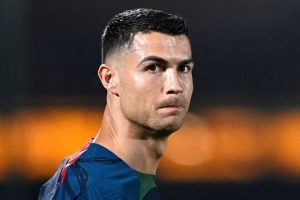 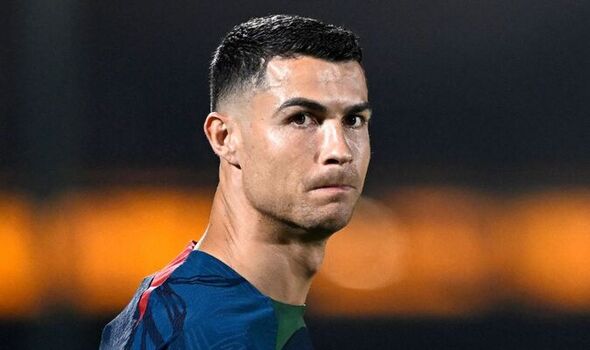 Five-time Ballon d’Or winner Cristiano Ronaldo is edging closer to joining Saudi Arabian side Al-Nassr after ripping up his contract at Manchester United, according to reports in Spain. The 37-year-old superstar is currently a free agent after the Red Devils confirmed the departure of the Portuguese forward earlier this week following the mutual termination of his Old Trafford deal.

Ronaldo is now focusing on the World Cup with his national team as they prepare to face Ghana in their Group H opener but in the background, it appears there has been movement on his club future behind the scenes.

According to MARCA, CR7 now seems to be set on a move to Saudi Arabia with Al-Nassr ready to pay eye-watering money to bring the star attacker to the Middle East.

Initially, doubts were raised as to whether Ronaldo would be prepared to play in Saudi amid fears the league would not be competitive enough.

However, the Spanish newspaper is now reporting that Ronaldo looks ready to make the jump and leave Europe, although nothing is set in stone as of this moment.

Ronaldo is now coming to the tail end of his career and he will now – more than likely – need to decide between money and staying at the highest level.

It’s claimed Ronaldo has been offered around £210million over the course of two seasons to move to Saudi, which financially, is likely to trump any contract he will be offered in Europe.

Newcastle have been linked with an unlikely swoop for Ronaldo in the past few days but the Magpies are not believed to be interested in signing the superstar.

As of now, Ronaldo is not a topic at St James’ Park meaning his only concrete offer on the table is the one from Al-Nassr.

The Saudi club are looking to make a statement signing having previously tried to sign Pierre-Emerick Aubameyang from Arsenal before his deadline-day move to Barcelona in January.

The Knights of Najd are currently second in the Saudi Pro League and they regularly compete for titles and trophies every season.

Al-Nassr do also have some recognisable names within their squad that have played in Europe.

Ronaldo is believed to have missed out on £16million’s worth of wages by ending his contract with Manchester United.

The former Juventus and Real Madrid star is believed to have been keen on leaving the club as soon as possible – which is why he was willing to make the substantial financial sacrifice.