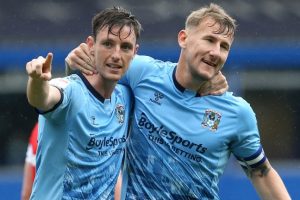 The Sky Blues, returning to the Ricoh Arena next season, ended their ground-share with Birmingham in fabulous fashion to cap a successful two years featuring promotion back to the second tier.

Coventry’s biggest win for three years secured a 16th-place finish, the Sky Blues’ highest since 2006, as a fifth victory in their final eight matches ensured they ended up 12 points clear of the drop zone. 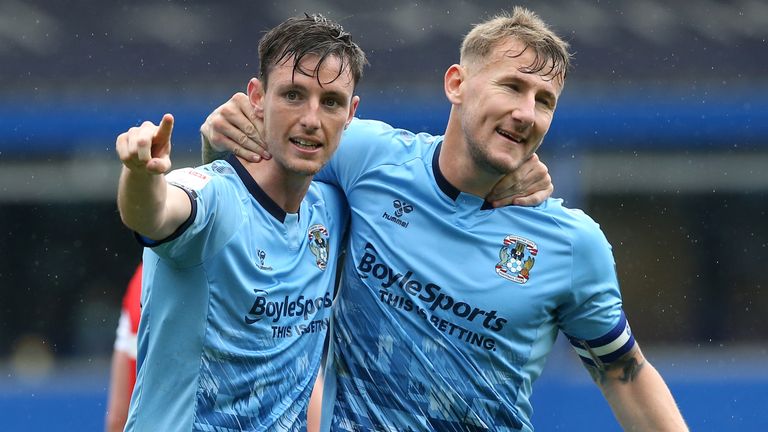 Millwall were second best throughout, although Tom Bradshaw did strike the post when their deficit was only one, but they clinched a third top-half finish in four seasons regardless of the defeat, in 11th.

Coventry were on top from the start, led by the excellent O’Hare, who cut through the Millwall defence on a dazzling solo surge before steering just wide of Bartosz Bialkowski’s far post.

O’Hare was involved in Coventry’s 16th-minute opener, ending another busy run by feeding Shipley, who took a touch to curl a low finish in off the post from just inside the box.

Millwall came within a whisker of levelling on 33 minutes, Jed Wallace’s cross slightly behind Bradshaw, who improvised superbly with a dragged backheel that shaved the post.

But Coventry doubled their lead on 45 minutes after Millwall gifted them a corner, Bialkowski forced to poke Ryan Woods’ ill-advised backpass out for a corner.

Millwall’s marking from James’ corner was poor and it made its way to McFadzean, 12 yards out, who hit a half-volley down into the ground that looped over the ‘keeper into the top corner.

The Lions pulled one back after 54 minutes as a sliding McFadzean, facing his own goal, turned Scott Malone’s teasing cross past Marko Marosi.

However, Coventry re-established their two-goal cushion on 59 minutes as Michael Rose’s bullet header from a corner hit a Millwall defender in the six-yard box and Hyam was on hand to turn in.

City added a fourth on 62 minutes, O’Hare getting the goal his overall performance merited by controlling Shipley’s cross on his instep and lashing past Bialkowski from around eight yards.

It was 5-1 after 67 minutes, James firing home from close range after Bialkowski had turned away substitute Walker’s flick from a teasing O’Hare cross.

Bialkowski foiled Max Biamou with a smart save but could not stop Coventry adding a fortunate sixth goal in the 84th minute as a James corner struck the forward two yards out and bounced in.