Steve Cook has revealed how Bournemouth locked themselves in the dressing room for half-an-hour in a crisis team meeting following a home thrashing by Newcastle United on Wednesday.

The Cherries were easily seen off 4-1 by the Toon at the Vitality Stadium in a result that leaves them inside the Premier League relegation zone with six matches to play.

Pressure has been mounting on team boss Eddie Howe following a run of just two wins since December, in an awful period which has seen them pick up just eight points from 15 games. 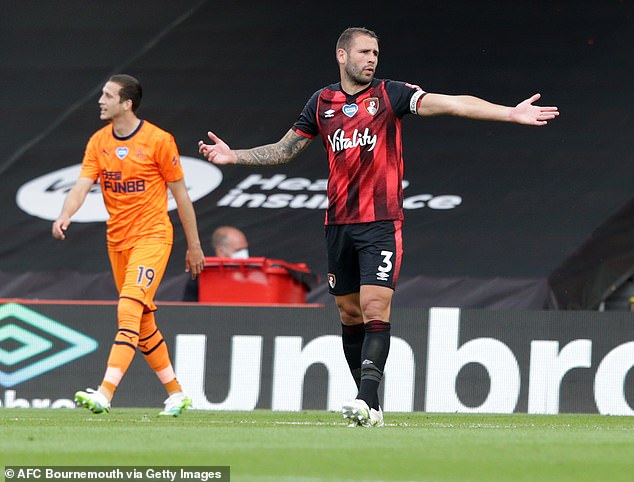 Howe has been in charge on the south coast for eight years but is now ‘fearing the sack’ according to The Sun.

Cook has admitted that the players now have to show their worth on the pitch after revealing their grievances behind closed doors over the team’s ’embarrassing’ performances.

‘Words have been said, players have stepped up and spoken but it is no good unless we do it on the pitch,’ Cook said. ‘We are men in the dressing room but played like kids. 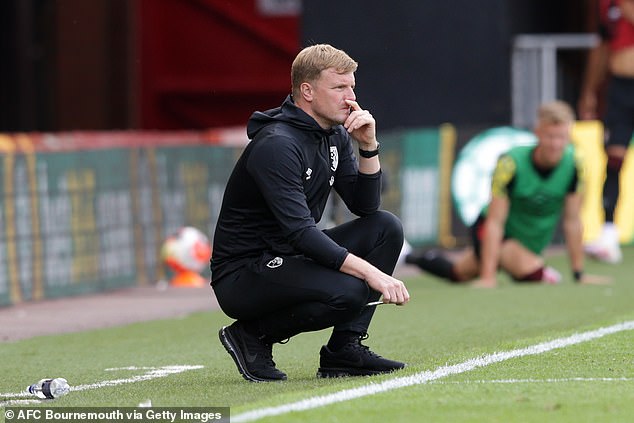 ‘These performances have been produced all year and something had to be said because it was embarrassing to concede four goals at home.

‘It was an open discussion because we players need to step up and we are not doing that on the pitch.

‘Maybe we are doing too much talking but we can only answer the questions that are being asked by the media and in-house you have to answer a few home truths.

‘What was said will stay behind closed doors and we have to have a response.’