Claudio Ranieri’s has given his first interview as Fulham manager

‘Always, I look forward and want more’: Claudio Ranieri plans to push Fulham up the table following his appointment

Claudio Ranieri has revealed improving Fulham’s defence will be his first order of business after taking over from the sacked Slavisa Jokanovic on Wednesday.

The former Leicester City boss arrives at Craven Cottage with Fulham rock-bottom of the Premier League table and by far the worst defensive record in the division.

Fulham have conceded an impressively bad 31 goals in just 12 games – six more than any other team – at an average of just over 2.5 goals per match. It is an area Ranieri believes requires immediate attention. 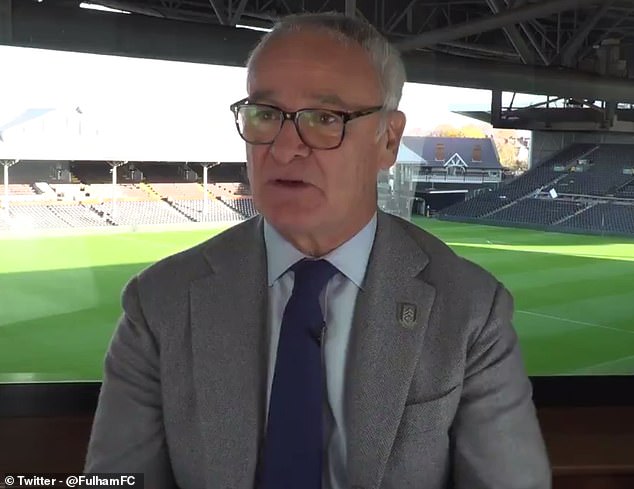 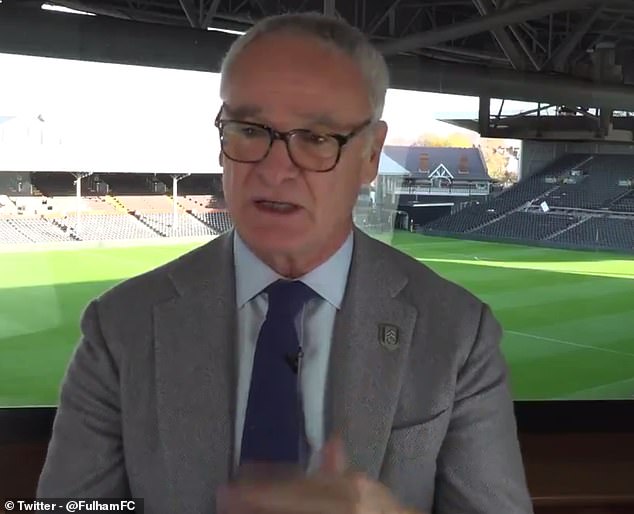 ‘But it is not only the full back or the goalkeeper, it is all the team. When you attack, you attack in an 11; when you defend, you have to defend in an 11.

‘Always I look forward and want more. I hope to make a very good job here.’

"Always, I look forward and want more. I hope to do a very good job here." 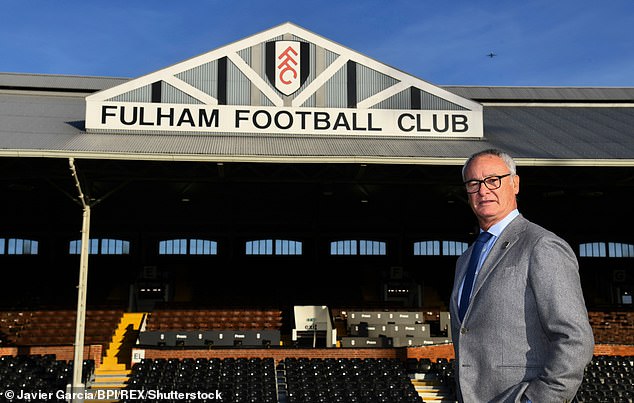 Ranieri, who won the title with Leicester in 2016 before being sacked the very next season, was confirmed as successor to Jokanovic on Wednesday.

Jokanovic was informed he would be sacked in a phone call with Fulham owner Shahid Khan at 8am on Wednesday morning.

The call came after Fulham had sounded out a number of potential candidates before agreeing terms with the charismatic Italian, the man who had signed Jokanovic as a player while Chelsea boss.

Former Arsenal manager Arsene Wenger was, reportedly, among those contacted about the position.

Jokanovic lead Fulham back to the Premier League via the play-offs last season, but has been unable to put £100million worth of summer signings to good use this term.

The Cottagers have just five points to show from their first 12 league games and have not tasted victory since beating Burnley 4-2 in August. 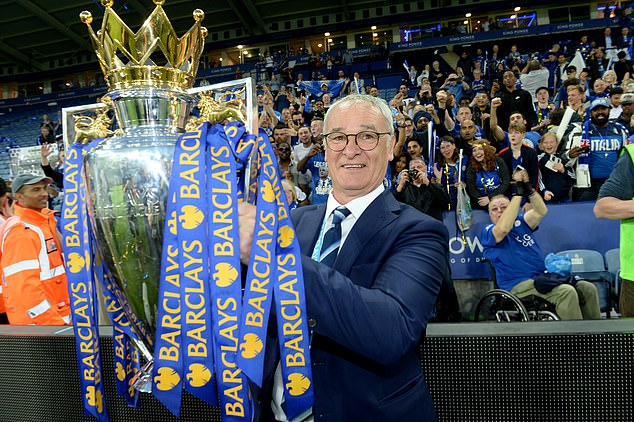