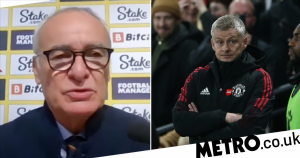 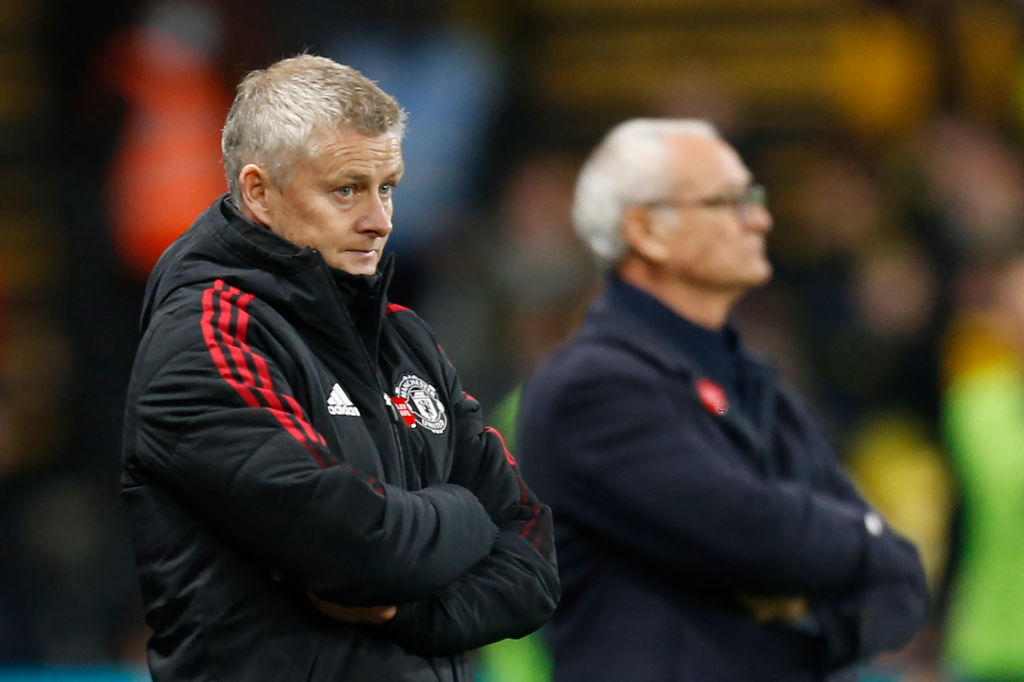 Claudio Ranieri urged Manchester United to be ‘calm’ and take time to consider Ole Gunnar Solskjaer’s future after his Watford side thumped the Red Devils 4-1 at a bouncing Vicarage Road.

David de Gea gave United a lifeline by denying two early Ismaila Sarr penalties, but Joshua King put Watford in front with a close-range finish on the half-hour mark to send the home crowd into raptures.

Sarr doubled the Hornets’ lead on the stroke of half-time before Donny van de Beek came on and dragged the visitors back into the contest in the 50th minute, the Dutchman’s first goal of the Premier League campaign.

But United lost their captain as Harry Maguire was sent off for a second bookable offence with 20 minutes remaining and Joao Pedro and Dennis both netted in stoppage time to put the game to bed.

The results piles yet more pressure on Solskjaer after a dismal run of seven defeats in 13 matches with the side now languishing down in seventh place, 12 points adrift of league leaders Chelsea.

United reportedly called an emergency board meeting to discuss Solskjaer’s position in the wake of the loss, but Ranieri called on the Old Trafford giants to give their under-fire head coach the time he needs to ‘build his team’.

‘I think he must be calm and also the chairman must be calm because football is up and down,’ the Watford boss told reporters at his post-match press conference.

‘I understand that United can’t do up and down, but he must have the time to build his action and build his team.’

On Watford’s impressive display, the Italian added: ‘I was confident before the match. My players are good players, but of course they must understand the Premier League.

‘It was a fantastic performance. The first half was amazing, we pressed higher and then the second half we conceded some chances. But we continued to press, to play and score more goals and at the end we won the match.

‘We are very, very satisfied for the performance, for the result, for the three points.’

Solskjaer looked despondent at the full-time whistle and refused to be drawn into questions regarding his future as he faced the media.

‘I’m working for and with the club and I’ve done that for 18 years,’ Solskjaer told Sky Sports.

‘We’ve got a good communication and if the club were thinking about doing something then that is between me and the club.’

The United manager conceded that performances and results have been nowhere near good enough in recent weeks.

‘The results are not good enough, we know that,’ he went on.

‘We’ve gone 30 games unbeaten away from home and now we’ve lost two on the bounce and conceded four goals in both of them, so of course something’s wrong.’

‘I feel for the fans and I feel the same as them – we’re embarrassed by losing the way we do.

‘We know we are in a very bad run and a bad situation, but that’s football and I know they’ll support whoever is on the pitch every day, and sometimes you’ve got to say sorry.’