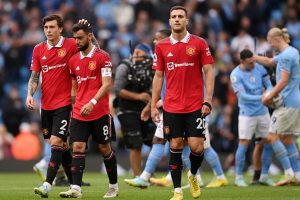 CHRIS SUTTON: The Manchester derby was total football against total FOOLS… this was embarrassing for United and their players need to take a long look at themselves

Anyone tuning in at half-time should not have been kidded by the 4-0 scoreline. It hadn’t been that close.

We like to talk about ‘identity’ in football but Manchester United’s was non-existent.

On the rare occasions they won the ball in that first half, it was hopelessly lumped long and it came to nothing. It was total football against total fools. 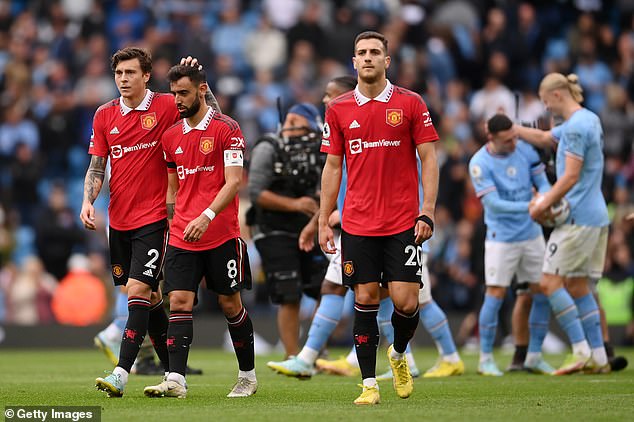 You can lose a game, especially against the best team in the world, but this was embarrassing.

United are a strange club. They have more ups and downs than a rider on a Tour de France mountain stage and it’s never long before the wheels come off.

There’s a process to it — they’ll do something that gets their supporters excited, there is hype, then it’ll come to a bitter end.

They beat Liverpool 4-0 in pre-season, then started the campaign with losses to Brighton and Brentford. 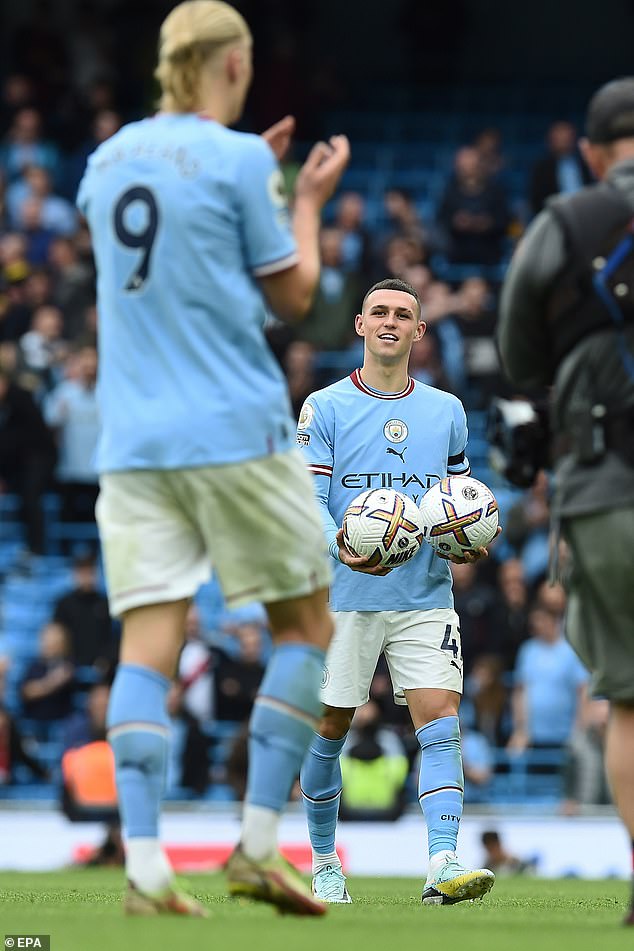 They secured four successive wins, then they lose like this.

Even I got sucked into the hype. I said City would only win 4-1 in my BBC predictions, having foolishly thought United had improved!

Erik ten Hag needs time. This is a team in transition and they went up against an awesome side.

But United’s players need to take a long look at themselves after this. 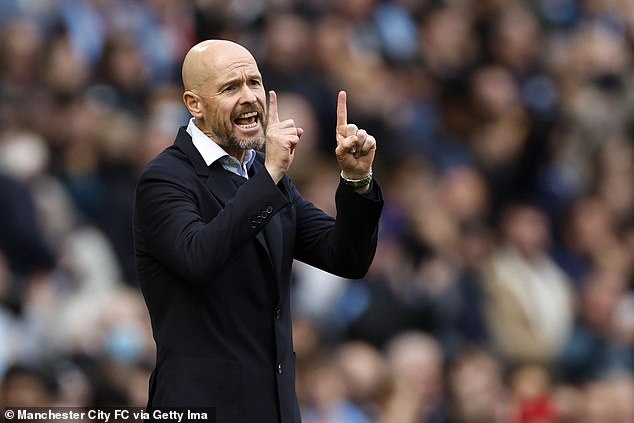 Erik ten Hag needs time with this United side, but the emphatic nature of defeat was a setback