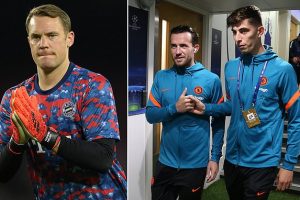 Elsewhere, Barcelona and Bayern Munich are also in action in another intriguing encounter, which we will keep you up-to-date with.

Our main focus will be on Chelsea vs Zenit but we’ll also have updates from the big game between Barcelona and Bayern Munich as well as the rest of the other matches.

Team news to follow shortly with the games kicking off at 8pm.