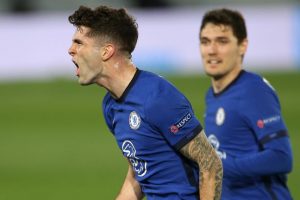 Mateo Kovacic remains out, but Antonio Rudiger fit; Federico Valverde and Marcelo available for Real Madrid; Sergio Ramos could return to action; follow Chelsea vs Real Madrid via our dedicated live blog on Sky Sports website and app on Wednesday; kick-off at 8pm 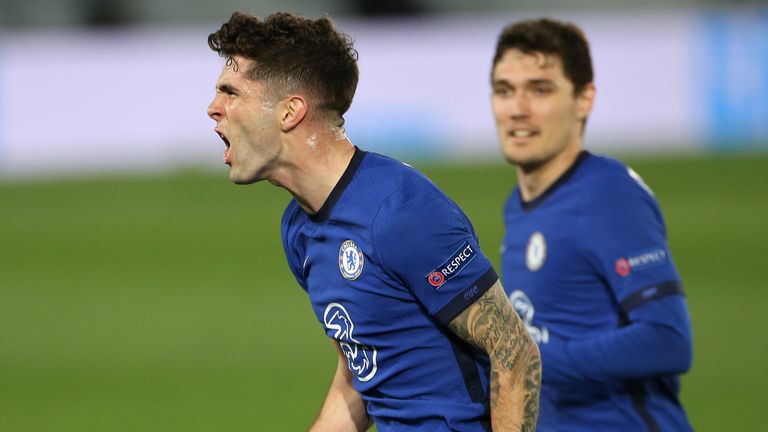 Team news, stats, kick-off time ahead of the Champions League semi-final second leg between Chelsea and Real Madrid on Wednesday.

Mateo Kovacic remains sidelined for Chelsea, having picked up an injury ahead of the quarter-final win over Porto, but the rest of the squad will be fit.

Antonio Rudiger is available after missing out on Saturday’s 2-0 win at Fulham with a facial injury and is set to wear a protective mask if he plays.

Chelsea drew 1-1 with Real Madrid in the first leg last week, with Christian Pulisic nabbing a vital away goal for the Blues.

Real Madrid midfielder Federico Valverde has recovered from Covid and after testing negative, has travelled to London with the rest of the squad.

However, Zinedine Zidane will be without Raphael Varane, who picked up an abductor injury at the weekend. Dani Carvajal is sidelined with a hamstring injury he suffered during the first leg last week.

However, Real could replace Varane with captain Sergio Ramos after he returned to training at the end of last week. The 35-year-old defender has not featured since playing for Spain at the end of March.

Marcelo will also be able to join his team-mates, despite being chosen to work at a Madrid polling station as part of local elections. Reports in Spain on Tuesday morning said the Brazilian turned up around 8am at the Liceo Europeo in La Moraleja to fulfil his duties as an assistant but was excused and allowed to return home after being substituted by one of the main electoral council members.