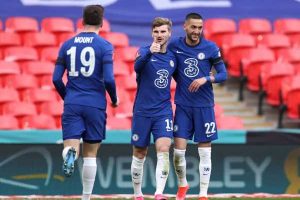 After a drab first half, the Blues took the lead early in the second period when Timo Werner teed up Hakim Ziyech to fire into the empty net with City goalkeeper Zak Steffen out of position.

The Moroccan midfielder had an excellent chance to double Chelsea’s lead, but he was brilliantly denied by Steffen – and City ultimately created very little.

The win ends Manchester City’s hopes of not just a quadruple but also a domestic treble, while the Blues await tomorrow’s result to see if they face Leicester or Southampton in the final.

Here are five things we learned from the game at the Elland Road.

Pep Guardiola has reiterated throughout the season that the chances of a quadruple are impossible.

Once again, the Spanish mastermind was right.

City had several chances, like Ruben Dias’ close-range header following a Rodri flick at a set piece, although they really didn’t create enough on an afternoon to forget for Pep Guardiola’s side.

They can still win a celebrated treble with a win in the League Cup, Premier League and Champions League, but this result highlights their vulnerability. 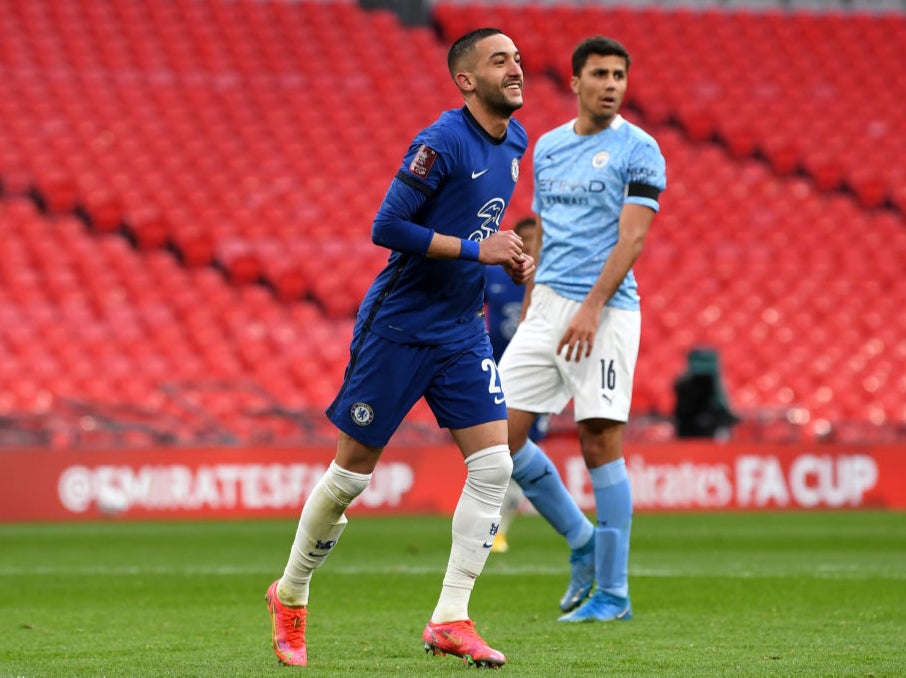 Has Mount cemented his place in the England starting XI?

It was yet another performance by Mason Mount that left those watching in awe.

Despite being kicked, wrestled and generally stopped in a number of illegal ways by Fernandinho, Mount elegantly linked the Chelsea midfield with their attack.

His pass to Werner set up the goal, and the Blues were noticeably weaker going forward without Mount’s presence.

He was withdrawn as a precaution after taking a beating from the City captain throughout the semi-final, but Chelsea fans – as well as English ones across the country – will be praying for his availability come the summer.

Two brilliant sides – but both need a striker

The first half was certainly 45 minutes to forget as both teams lacked a clinical edge to their play.

Manchester City had just three shots in the opening period of the FA Cup semi-final, and only against West Ham and Liverpool have they attempted fewer shots in the first half this season.

Chelsea didn’t fare any better, registering just two shots themselves. Like City, they have only managed fewer attempts in just two matches this season – against Liverpool and Porto.

There are rumours circulating that both clubs are in the market for a striker, and the FA Cup semi-final simply further pressed the issue.

Sterling decline in confidence a worry for England

There has been plenty of deserved coverage for the likes of Jack Grealish, Phil Foden and Jude Bellingham across this season, with much praise for the latter duo coming recently.

However, not much has been said on the decline in confidence – and form – of Raheem Sterling.

Sterling misplaced several passes in key positions for Manchester City today as well as being easily dispossessed by Chelsea defenders.

His form will surely be cause for concern for Gareth Southgate and England, as Sterling is generally considered a starter for England at the upcoming European Championship.

Re-energised Kante a blessing for the Blues

The French midfielder looked sluggish for much of this season, but he looks back to his all-conquering best.

N’Golo Kante never stopped running in midfield for Chelsea and not only broke up Manchester City’s play, but drove Chelsea forward.

Kante looks back to his best and the run of form has come at the best time possible for Chelsea, who are still battling for Champions League football.