Crystal Palace have become a bogey team for Chelsea over the past few seasons.

The Eagles have defeated their London counterparts either home or away in four of the past five campaigns and will be looking to upset the odds again at Stamford Bridge.

It looks a tough ask for Roy Hodgson’s men as the unbeaten Blues are flying high and could leapfrog Liverpool on goal difference with a win.

Eden Hazard is expected to return to the starting line-up having missed the last three games with a back injury.

Sportsmail’s BEN NAGLE has you covered this afternoon with team news followed by live updates throughout the game.

If you are following this blog on a mobile device, click HERE for full coverage…

It’s not been quite the same south of the river at Selhurst Park. The season started brilliantly with a win away at Fulham but, apart from a big three points at Huddersfield, there have been no other victories for Roy Hodgson and his side.

After Fulham, they lost three in a row against Liverpool, Watford and Southampton, and there have been defeats against Bournemouth, Wolves and Everton too.

They stopped the rot with a draw against Arsenal last time out, but with Chelsea, Tottenham and Manchester United as their next three November could be a month to forget! 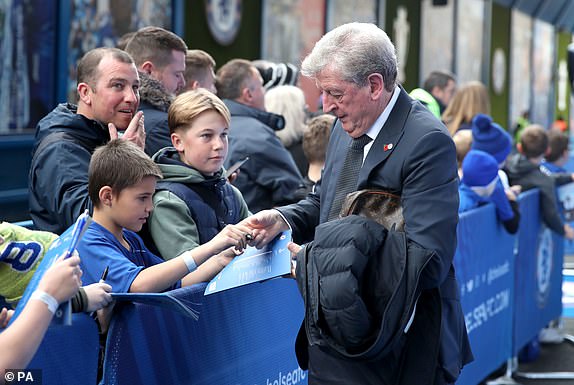 Premier League football under Maurizio Sarri couldn’t have been much better for Chelsea this season. They began with five wins in a row, and are still unbeaten heading into today’s game.

They’ve beaten Huddersfield, Arsenal, Newcastle, Bournemouth, Cardiff, Southampton and Burnley, while there have been draws against West Ham, Liverpool and Manchester United.

How long can the unbeaten run go on? 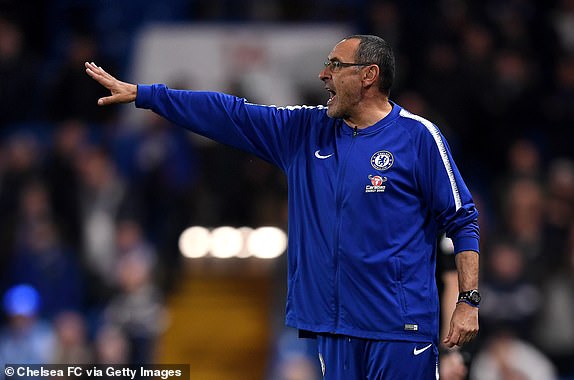 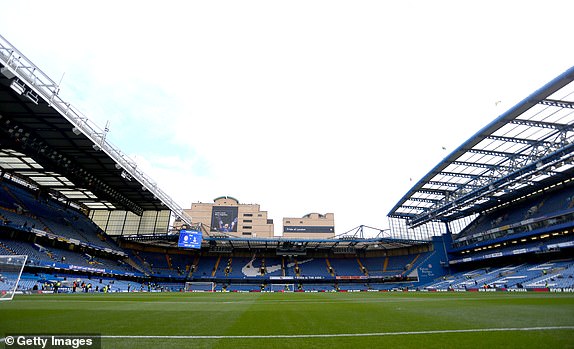 As previously mentioned, he’s missed the last three games and with a trip to BATE to contend with in the week, Maurizio Sarri has kept him out of the starting XI.

For Palace, meanwhile, Jordan Ayew has dropped out of the starting line-up in place of Max Meyer. Ayew has struggled to make too much of an impact, while Meyer is yet to have a real crack in the starting line-up… let’s see what he can do against one of the Premier League big boys this afternoon.

Here's how #CPFC ? line up for today's game at @ChelseaFC.

As it stands, Chelsea are third in the table but a victory against Palace this afternoon could take them top. Manchester City are playing against Southampton though (that one kicks off now), so if Guardiola’s side win second is the highest the Blues can go.

Palace, meanwhile, are 14th and will be desperate to get into double figures in terms of points. They can’t climb any positions, but it would be a huge boost for Roy Hodgson if they could close that gap on West Ham and Brighton above. 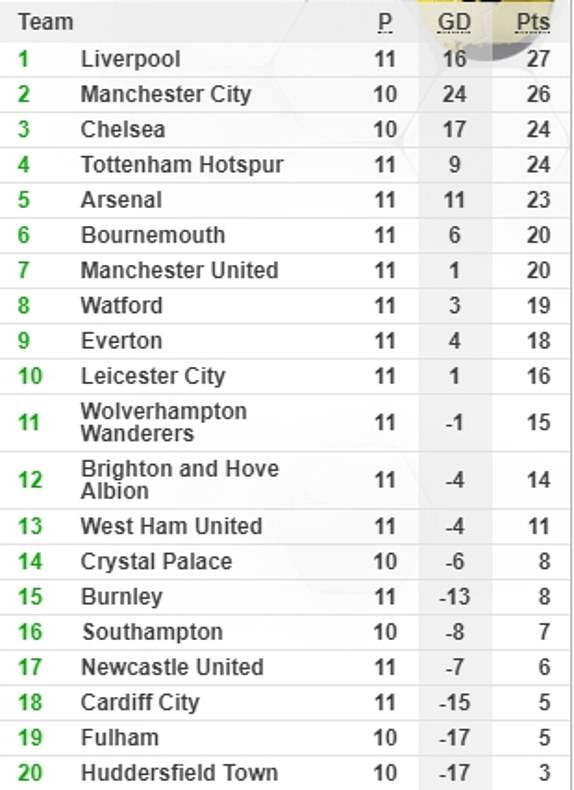 Eden Hazard has missed the last three matches due to a back injury suffered in the draw against Manchester United… but never fear Blues fans, he IS expected to play today.

He trained this week, and all indications are that he will play today, although he won’t be expected to play the full 90 minutes.

KIERAN GILL: The sight of referee Michael Oliver lifting the whistle towards his lips may become a familiar one at Stamford Bridge on Sunday afternoon.

On one side will be Eden Hazard, Chelsea’s expert at drawing fouls. On the other will be Wilfried Zaha, the Crystal Palace winger who is never far from hitting the deck.

Over the last five seasons, Hazard has won 392 fouls, making him the most felled player in the Premier League. Zaha has won 365, placing him second in the list in that same period.

They are the danger men, the ones who must be stopped. They ask questions of defenders with their pace and directness, and so are taken down one way or another.

It is hardly surprising that the top two players for dribbles in the Prem this season have been Hazard (53) and Zaha (49). Even less surprising is that as a consequence, they lead the foul charts too. That is what providing flair on the pitch can prompt.

It is not a case of diving – not always, anyway – but more about how they invite markers to make contact. Sometimes they are soft, sometimes they get taken out. 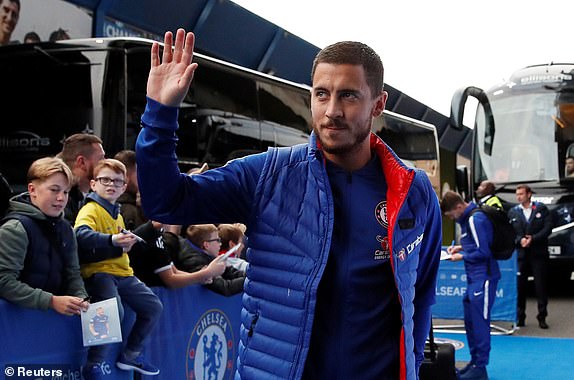 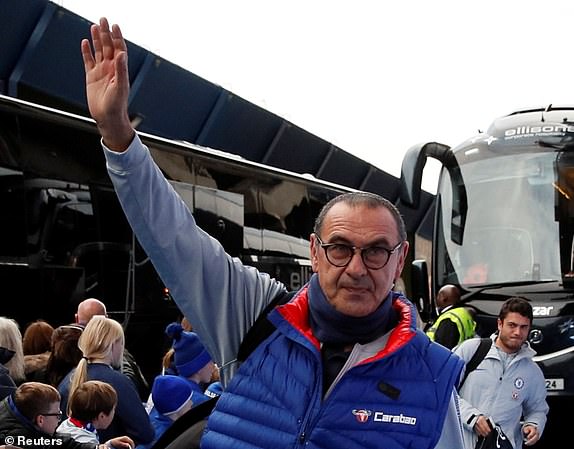 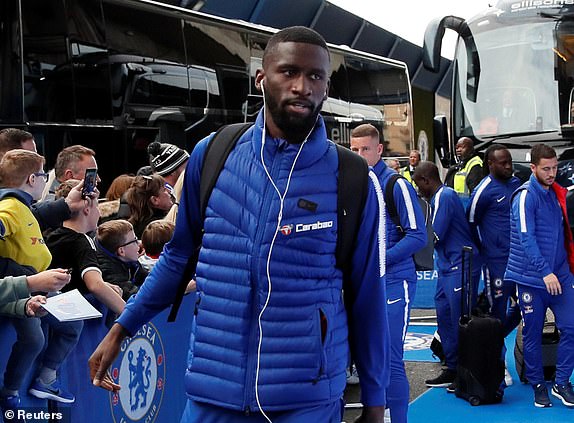 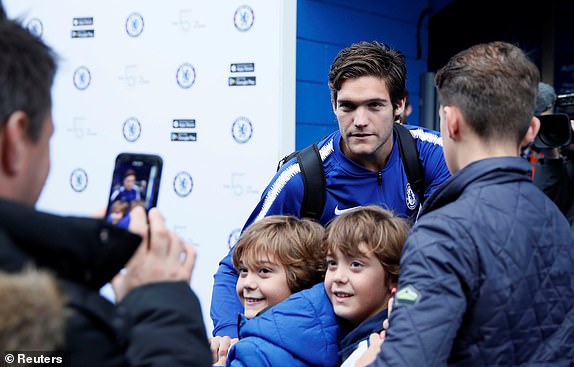 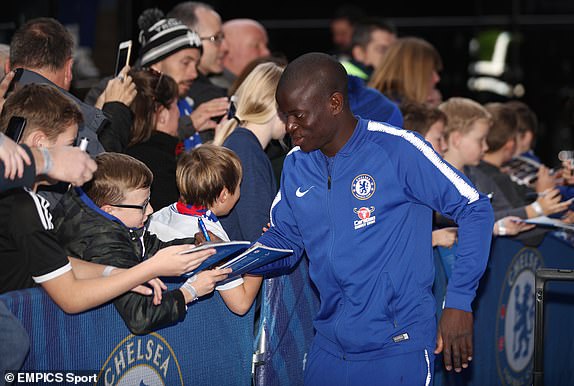 The Palace players have arrived in west London… with star man Wilfried Zaha among them. 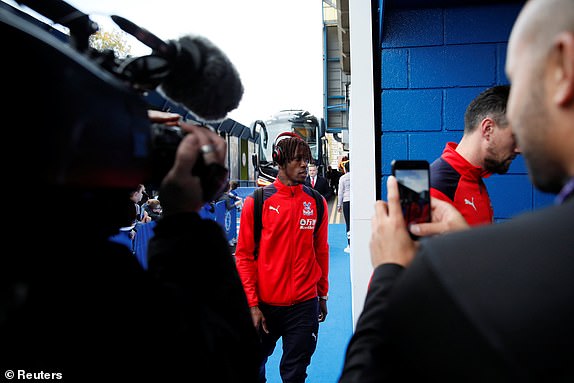 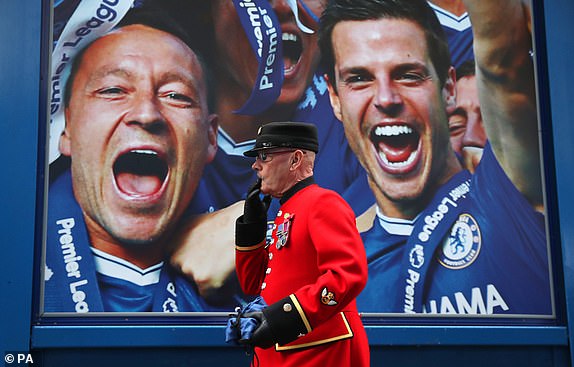 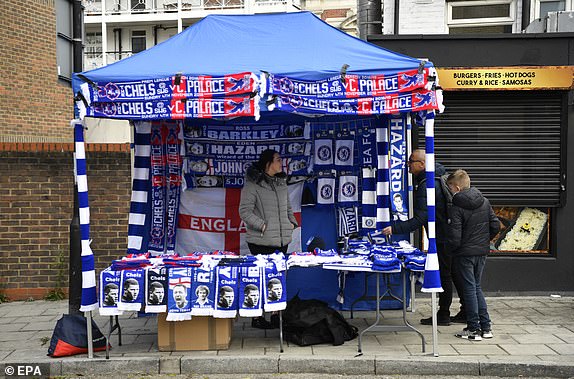 Hello, and welcome to Sportsmail’s live coverage of the Premier League clash between Chelsea and Crystal Palace. There’s just under an hour and a half until the game, and we’ve got plenty of build-up to come between now and 4pm.

The team news is expected in around 25 minutes’ time!