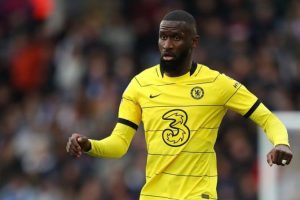 Chelsea have been linked with a double swoop for central defenders Jules Kounde and Matthijs de Ligt from Sevilla and Juventus respectively. Thomas Tuchel’s Chelsea revolution has been built upon rock-solid defensive foundations, but the former Paris Saint-Germain manager is currently at risk of losing four of those key pillars.

Club captain Cesar Azpilicueta, Thiago Silva, Andreas Christensen, and Antonio Rudiger could all leave Stamford Bridge for nothing next summer when their contracts expire.

And while Tuchel is reportedly keen on retaining all four defensive stalwarts, the German may find it difficult to convince the quartet to commit their future.

Contract talks with Christensen and Rudiger have appeared to stall in recent weeks, despite the pair’s very impressive performances this season.

And if the reigning Champions League holders are unable to persuade the pair to stay in west London, then they could make a sensational double swoop for Kounde and de Ligt according to GOAL.

At one point in the summer, Kounde appeared to be on his way to Stamford Bridge as the Blues thought they had agreed a fee with Sevilla for his transfer.

They were so confident they had secured the signing of the 22-year-old Frenchman, they even freed up some space for him by sanctioning the £30m sale of Kurt Zouma to West Ham United.

However, the goal posts were shifted in the dying stages of the transfer window, as Julen Lopetegui’s side demanded his full release clause believed to be around £68m.

Chelsea baulked at the sudden change of fee, and the France international remains at the Ramon Sanchez-Pizjuan stadium.

Meanwhile, amidst the interest in Kounde, Chelsea have also reportedly been offered the chance to sign Juventus central defender de Ligt.

The Dutchman has established himself as one of the best in his position since his £67.5m move from Ajax in 2019.

However, further from GOAL claimed the Italian giants have put him in the shop window to clear his £280,000 per week wages from their salary bill.

However, the former Ajax defender’s transfer fee is as significant as his reputation across Europe, as the Blues would have to smash the current transfer record for a defender.

The 22-year-old reportedly has a buy-out clause of around £126m, which will be activated in next summer’s transfer window.

His agent Mino Raiola also said an exit from Massimiliano Allegri’s side is also possible next season.

“De Ligt could also leave Juventus at the end of the season,” Raiola to Italian media.

“This is how the market works, there are many clubs who are interested in his services.”

Young Chelsea defender Trevoh Chalobah is the only Blues’ defender to have committed his future to the club long term.

He put in another impressive performance for Tuchel’s side on the weekend, as the current Premier League leaders swept Leicester City aside in a dominant 3-0 away victory.