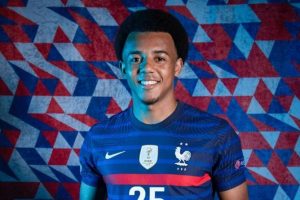 Chelsea have suffered a blow in their transfer for pursuit of Sevilla’s Jules Kounde after learning that the defender’s release clause is £68million, according to reports.

Blues boss Thomas Tuchel remains in the market for a new centre-back, despite the impressive recent performances of academy graduate Trevoh Chalobah.

The futures of fellow defenders Andreas Christensen and Antonio Rudiger are uncertain as both have entered the final 12 months of their contracts.

New deals for the two players do not appear to be on the horizon, prompting Tuchel and Chelsea sporting director Marina Granovskaia to seek alternatives.

Kounde has been widely linked with a move to the West Londoners after impressing in La Liga. Rumours have also suggested that Real Madrid are interested in the Frenchman.

However, the 22-year-old could prove another costly deal for Chelsea to complete. Spanish outlet AS have reported that the player’s release clause stands at £68m and claim that his price has increased by £8.5m.

The clause becomes incrementally higher the longer he remains with the Spanish side, meaning Chelsea will need to move fast if they are serious about buying the player.

Tuchel has promised not to make sweeping changes to the side who he guided to a stunning Champions League final victory over Manchester City.

But it could still prove to be an expensive transfer window. Chelsea have already made two additions to their squad, with the £97.5m signing of Romelu Lukaku among the most expensive deals of the summer.

Tuchel still wants a centre-back and Kounde remains a target, although the German has been impressed by the surprise emergence of Chalobah.

The 22-year-old rattled home a fantastic long-range strike on his Premier League debut against Crystal Palace.

Chelsea defeated Patrick Vieira’s side 3-0 to begin what they hope will be a top-flight title challenge.

Chalobah made his first team bow during the UEFA Super Cup victory over Villarreal last week having performed well during pre-season.

He was previously earmarked for a third loan move of his fledgling career but Tuchel has promoted him from Chelsea’s so-called ‘loan squad’.

Kounde’s arrival might rely on players departing. The Blues last week still had a staggeringly large squad of 42 senior individuals.

The club have made almost £90m in player sales this summer, largely thanks to Tammy Abraham’s £34m departure to Roma. Abraham’s exit was announced on Tuesday.

Other large outgoings include Fikayo Tomori’s move to AC Milan for £25m and Marc Guehi’s £18m transfer to Crystal Palace.

The latter made his Eagles debut against his former club on Saturday.

Goal have reported that Kenedy could leave on loan to Flamengo in an initial loan deal that could materialise into an £8.5m move.
Source: Read Full Article