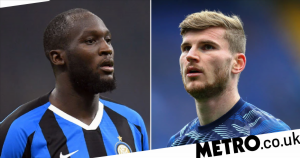 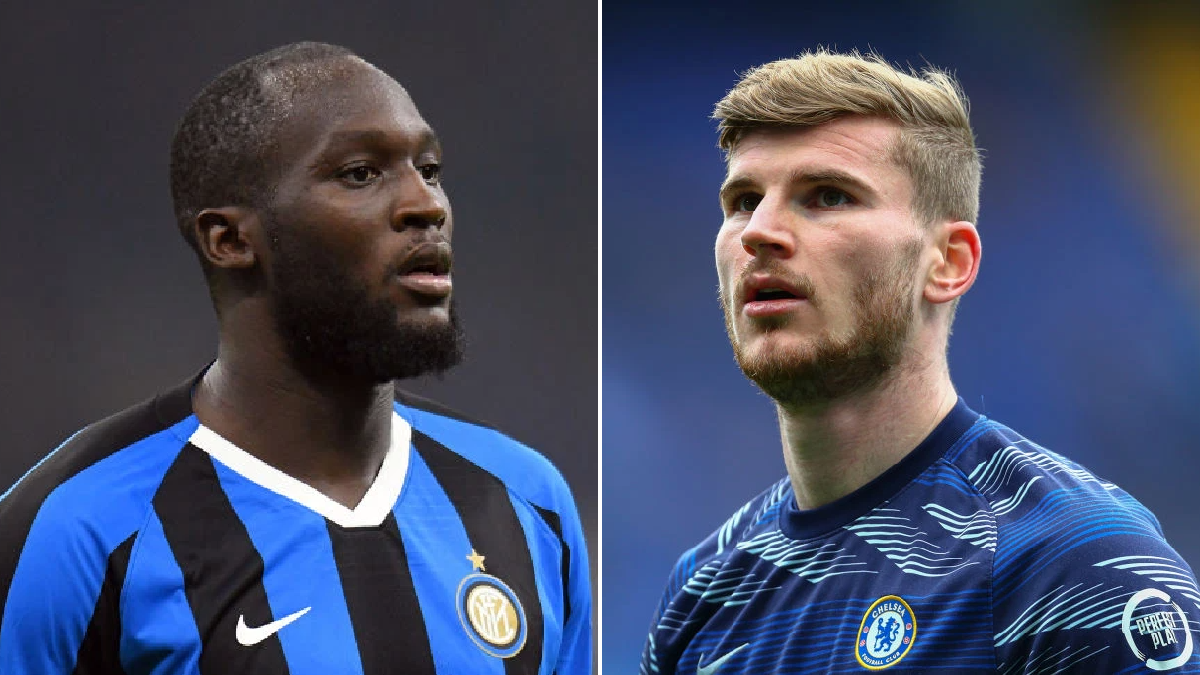 Timo Werner has rubbished suggestions he might be worried by Romelu Lukaku’s pending arrival at Chelsea and believes he – and the rest of the team – will benefit from the Belgian’s presence.

The west Londoners are on the verge of announcing a club-record £97.5million deal with Inter for the striker, who has already undergone a medical in Milan before flying to London to finalise the transfer.

Thomas Tuchel had made a new, clinical frontman his top target this summer, with Werner having endured a mixed first season in the Premier League as he missed a host of gilt-edged chances.

But far from fearing for his place in the Chelsea side, Werner is confident he can form a deadly strike partnership alongside Lukaku and is looking forward to playing with the 28-year-old.

Asked if he is fazed by Lukaku’s pending arrival, Werner told Sky Sports: ‘He’s probably one of the best three strikers in the world at the moment, no question.

‘I don’t think we need to say too much about him. He’s a world-class striker who will benefit any team.

‘I certainly think at Leipzig it always helped me having a big striker alongside me.

‘I think that’s always good because I’m not the biggest and when you play on your own up front you obviously always have the attention of one or two brawny defenders.

‘It’s a good new weapon to have in our game when you know that if you play a long ball he’ll hold it up. And then the fast players around him can set off. I think that’s good for any team.’

‘He was the kind of profile who likes to play with his back to goal, who likes to hold up balls, who creates space for Werner, Kai Havertz, Christian Pulisic; who is ready to fight physically with defenders.

‘This is the kind of profile that we don’t have in our squad right now and that we are looking for.’