Chelsea star Christian Pulisic has vowed to be ‘back in no time’ after injuring his hamstring in the Blues’ FA Cup final loss to Arsenal on Saturday evening at Wembley.

Pulisic gave Chelsea the lead with a deft finish in the opening five minutes of the game.

A penalty followed by a fantastic chip from the Gabon international was enough to down Chelsea, who had Mateo Kovacic sent off late on. 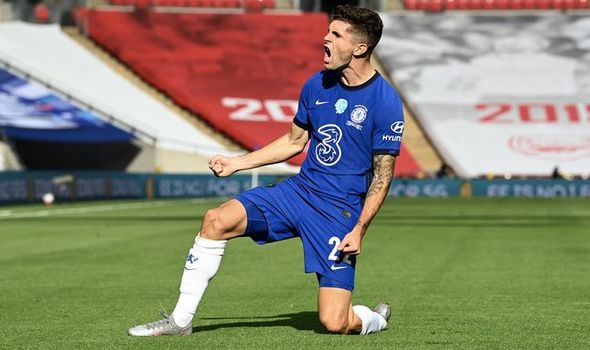 Pulisic then raced through on goal in the second half but pulled up before he could get a decent shot off.

The 21-year-old clutched his hamstring and was eventually led off the pitch.

Manager Frank Lampard said after the game that both Pulisic and Cesar Azpilicueta, who also went off with a hamstring injury, would miss Chelsea’s Champions League clash with Bayern Munich next week.

Pulisic hopes to be fit for the start of the new season in September.

And he’s boosted fans’ hopes by revealing that he thinks he’ll be back in no time.

“Gave it everything we had. Wasn’t our day,” he wrote on Instagram.

“Thank you guys for your support I’ll be back in no time @chelseafc.” 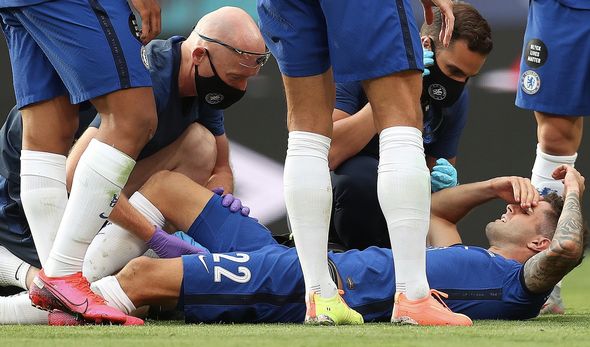 Lampard said he believes the recent run of games Chelsea have had contributed to Pulisic and Azpilicueta’s muscle injuries.

He explained: “We didn’t have the luck with the injuries, and things all came together for us today in a way we wouldn’t want.

“Two hamstring injuries for Azpi and Pulisic, a dislocated shoulder for Pedro and Willian getting injured yesterday before the game.

“[N’Golo] Kante wasn’t really fit for this game, it was only a maybe if we needed him depending on how the game was going and having to make the subs when I did, made it very difficult to risk him.

“Ruben Loftus-Cheek was out too, as we get to the end of a very long season.

“I’m not making excuses, because we didn’t perform well enough, but it felt like that was a tipping point with everything coming together at the same time.”