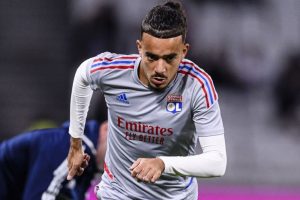 Chelsea look set to take advantage of UEFA’s Financial Fair Play loophole again by giving Malo Gusto a six-and-a-half-year deal, if they can conclude his signing from Lyon. It reportedly could take as much as £35million to sign the highly-rated right-back with the London club seeking to spread the cost of the transfer over a longer period.

Chelsea have raised eyebrows with their significant expenditure since Todd Boehly and his Clearlake Capital Group completed their £4.25billion takeover last year. The Blues have already forked £406m in the last two transfer windows with further spending expected in the final days of the window.

The club has sought to spread out the costs by offering each of their new signings lengthy contracts. This approach allows the club to get around FFP regulations with transfer fees recorded across the whole contract instead while add-ons are only included as and when they are reached.

For example, Mykhaylo Mudryk’s £88m move, including a potential £26m in add-ons, from Shakhtar Donetsk goes onto this year’s annual FFP accounts as just £7.3m when the initial amount is split over the length of his Premier League record-breaking eight-and-a-half year contract.

The club look set to take advantage of this loophole again if they manage to complete a deal for Gusto with ESPN reporting that he will receive a six-and-a-half-year deal having already agreed personal terms. The 19-year-old could cost as much as £35m with the FFP implications of the fee split across the entire length of his contract.

Chelsea’s actions have been looked down upon by UEFA with European football’s governing body bringing in fresh accounting rules in the summer to prevent transfers from being spread across such a long period. The new regulations will mean that fees can only be paid across a maximum of five years meaning deals like Mudryk’s and Gusto’s would not be possible in the future.

The duo are not the only players to have been offered huge deals by Chelsea this year with many of their new signings tied down for the long term. Benoit Badiashile and David Datro Fofana both signed six-and-a-half-year deals this month after the arrivals of Wesley Fofana and Marc Cucurella on seven and six-year contracts respectively last summer.

FFP regulations were introduced generally to ensure clubs do not spend more money in transfers and wages than they are able to earn. Any club making more than a very minor loss overall can be punished by a range of measures such as transfer embargos or bans from European competitions, something Chelsea have sought to circumvent.

It remains to be seen whether or not Gusto will make the move to Stamford Bridge but it is clear Chelsea plan to use their UEFA loophole again while they still can.