Chelsea have put contract negotiations with five players on hold as the Blues wait to see the full impact of the coronavirus crisis on the current Premier League campaign. The season has been postponed until at least April 30 and is at risk of running well into the summer if all of the remaining fixtures are to be played.

That means a number of players are left awaiting clarification over their contract situations with deals set to expire on June 30.

Chelsea have four players – Willian, Pedro, Olivier Giroud and Willy Caballero – who are all out of contract and are set to leave the club at the end of this season.

The Blues also want to sign Tammy Abraham up on a new deal, with the club’s top scorer having just two more years to go on his current contract.

The Telegraph now report that Chelsea have halted all negotiations due to the uncertainty surrounding the culmination of the Premier League campaign. 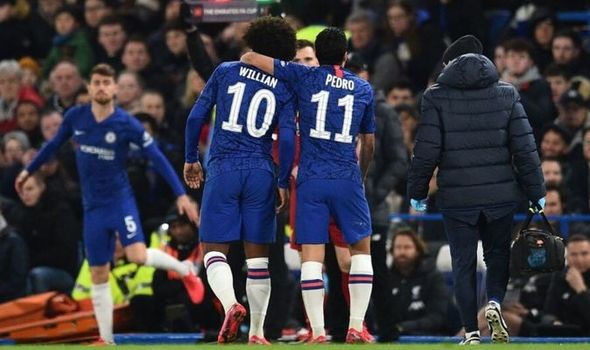 The report refutes suggestions that Abraham has demanded a £180,000-a-week salary or asked to become the highest earner at the club.

Instead, the 22-year-old was thought to have been concentrating on returning to full fitness following an ankle injury suffered against Arsenal in January.

Abraham himself responded to this latest claim on Instagram, posting: “Finally some real news” in reply to a shared link of the story.

Willian has been open about his own contract negotiations with Chelsea and looks set to leave the club after so far failing to agree terms on a new deal.

The Blues have gone against their usual practice of not offering long-term contracts to players over 30, instead tabling a two-year package for the 31-year-old.

However, Willian wants a three-year deal and a pay rise so the winger is now expected to join London rivals Arsenal or reunite with former manager Jose Mourinho at Tottenham.

Meanwhile, Pedro has revealed he will leave Chelsea when his contract expires but says he is more focused on the ongoing coronavirus crisis.

The 32-year-old said: “I’m terminating my contract, but right now it’s not the most important thing. I have not stopped to think about it. 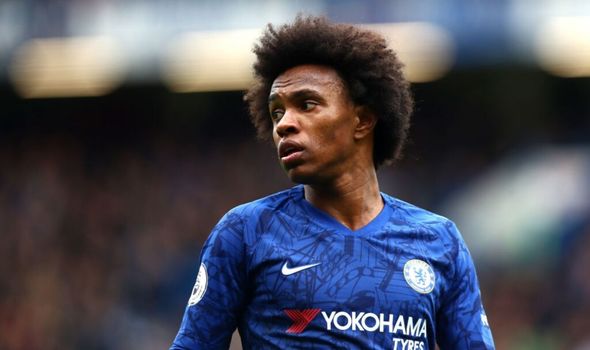 “What has to do with my future will come, but right now it’s not the most important thing when you don’t even know when you’re going to train again.”

Giroud future remains uncertain with the Frenchman attracting interest from around Europe, including Serie A giants Inter Milan and Lazio.

Former Chelsea boss Antonio Conte tried to sign Giroud in January and personal terms had been agreed before the Blues pulled the plug on a move to the San Siro after failing to find an adequate replacement.

Giroud has since regained his place in Frank Lampard’s first-team squad due to Abraham’s injury and the World Cup winner is adamant he wants to stay at Stamford Bridge for another season.

When asked earlier in the season if he would like to stay at Chelsea, Giroud said: “Yes. Yes. Yeah, yeah, yeah. Of course.”

Finally, the future of 38-year-old Caballero may well depend on whether Kepa Arrizabalaga moves on this summer and if the Blues sign a new goalkeeper or two.