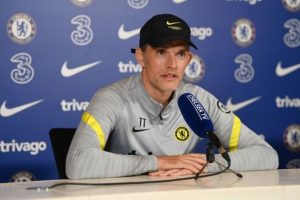 Chelsea outcast Emerson has said he “wants to feel important” and that he is open to leaving the club in pursuit of first-team football this summer. Emerson has struggled to make an impact in England since joining Chelsea from Serie A side Roma in 2018.

The Brazilian defender had a successful end to the previous campaign as he won the Champions League with Chelsea and the Euros with Italy.

However, the 27-year-old has discussed his desire to get more game time, which could potentially lead to a Stamford Bridge exit this summer.

“I know it’s not easy, but I’m hungry to play. I want to play, I know I can be on the field, I’ve already tasted it,” Emerson told ESPN Brazil.

“So, I will do everything to be on the pitch. Of course, I still have two more years on my contract with Chelsea, who are a big club.

“I’ve already proved that I can play here, but at the same time I want to be on the field. I want to play, I want to feel important, like I already felt.

Reports in Italy sugguest Napoli boss Luciano Spaletti is interested in bringing the defender back to Serie A this summer.

According to Il Mattino, Emerson has already approved the move, leaving only the two respective clubs to agree a deal.

“I’m really going to choose the best option. If it’s to stay at Chelsea, if it happens to Napoli or another team,” Emerson said.

“I still have another 25 days, practically, to think about, to be able to choose the best place, right. Where they really want me, want me happy, and where I’m going to choose.

“Because I’m 27 years old today so I’m at an age where I believe I’m at the top of my maturing age, as a player, like everything else.

“So after everything now that I’ve been through, having won the Euro, having participated in the Champions League, I want to play.

“I want to feel important and that’s what I’m going to look for this month.”

The Italian international made just two Premier League appearances in the previous campaign for the Blues.

He made a late cameo appearance in Saturday’s 3-0 win over Crystal Palace at Stamford Bridge.