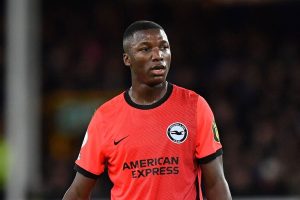 Chelsea have been given a late boost in their quest to sign Moises Caicedo in the January transfer window after it emerged that the player would love the move. However, the Ecuadorian reportedly will not do anything to force Brighton to sell him with club said to have slapped a £75million fee on his services.

It is no secret that Graham Potter would like to add to his midfield in the current transfer window despite already spending £184m this month. The club were heavily linked with a move for Benfica star Enzo Fernandez at the start of the window but attention has started to turn to other targets like Caicedo as the Portuguese club hold out for a figure in excess of £100m.

Chelsea have reportedly already seen an offer of £55m plus add ons rejected for the Brighton midfielder as they weigh up whether or not to make another bid before the end of the window. Although the west Londoners have been given a boost that a deal could be possible as the player’s view on the deal emerged.

Ben Jacobs reports that Caicedo would love a move to Stamford Bridge however will not do anything to force through a deal as he remains focused on the task at hand on the South Coast. The Seagulls are said to have placed a £75m valuation on one of their star assets, something Chelsea are not willing to pay at the current moment.

The £66m fee paid by Real Madrid for the more established Aurelien Tchouameni in the summer is one of the reasons for the sticking point, with the Blues unsure if Caicedo truly offers value for money.

Any agreement would also rely on Brighton finding a replacement, with the club reluctant to lose players halfway through the season when a finish in the European places are still possible. Albion saw an offer for RB Leipzig midfielder Amadou Haidara rejected earlier today and it remains to be seen whether or not they will go after the player again.

In the meantime, Caicedo has been keen to stress his full focus remains on life at the Amex as Brighton seek to keep up their good run of form.

“I am focused on Brighton,” he told club media. “I am here, I’m playing every day. Things from outside don’t trouble me, nor does it take that focus away because I’m focused only on here.

“I handle [the speculation] well. You hear rumours here and there, but I only try to be focused on the club where I am now, the club which opened the doors for me to be playing every week.”