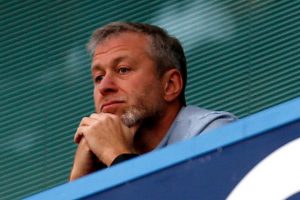 Chelsea are believed to have identified four potential managerial targets to replace Frank Lampard if their poor form continues.

The Blues have won just one of their last six Premier League games and Sunday's 3-1 defeat to Manchester City saw the pressure on Lampard ramp up.

It is not believed the club legend is in immediate danger of the sack, but any further slip-ups before the end of January could see Chelsea owner Roman Abramovich pull the trigger.

And according to The Independent Thomas Tuchel, Max Allegri, Brendan Rodgers and Ralph Hasenhuttl are the names being considered if Lampard is handed his P45.

Tuchel was recently fired by Paris Saint-Germain, and will no doubt be desperate to return to management as soon as possible.

The German won two Ligue 1 titles during his time in France, and has also taken charge of the likes of Dortmund and Mainz.

Allegri, meanwhile, is another coach in search of a new club having not been in employment since Juventus at the end of the 2018-19 season.

After winning a total of six Serie A titles during his time at the helm at AC Milan and Juve, Allegri certainly has the winning experience that Abramovich may be looking for.

Rodgers would be a fascinating choice given his history with Chelsea, with the Leicester boss having worked as head youth coach and reserve team manager at the club in the past.

His impressive spell at Leicester so far make him an attractive proposition, similar to Hasenhuttl, who is overachieving with Southampton this season.

Whether either Rodgers or Hasenhuttl would be tempted by a switch to Stamford Bridge remains to be seen, however, with Abramovich notorious for not giving managers too much time before demanding results.

Lampard's Chelsea are next in action on Sunday when they take on Morecambe in the FA Cup before they return to Premier League duties with a West London derby against Fulham on January 15.