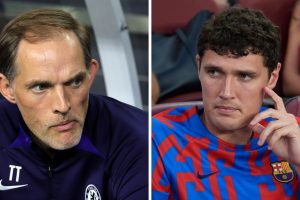 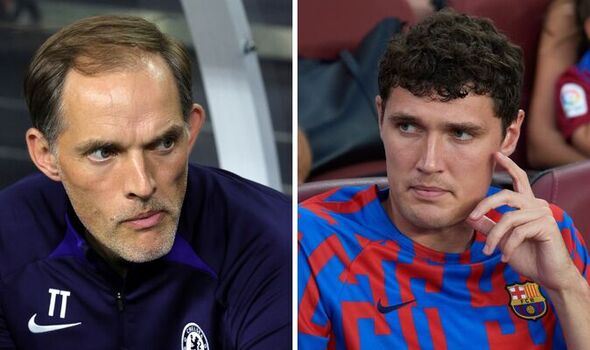 Chelsea could be handed the chance to re-sign Andreas Christensen on a free transfer if he is not registered by Barcelona before the end of the week, according to reports in Spain. The Catalan giants have sleepwalked back into more concerning, financial problems after their £137million summer spending spree which is showing no signs of slowing down anytime soon.

Barcelona moved quickly to sign both Franck Kessie and Andreas Christensen on free transfers from AC Milan and Chelsea respectively at the beginning of the window to kickstart a statement summer.

Since then, Raphinha, Jules Kounde and Robert Lewandowski have all arrived on permanent deals but Barcelona are yet to register some of their new arrivals due to their inflated squad.

Not only that but Barcelona are also currently exceeding the salary limit regulations put into place by La Liga as they franticly work to find a solution.

According to ESPN, both Kessie and Christensen could sensationally depart on free transfers if they are not registered by this Sunday. 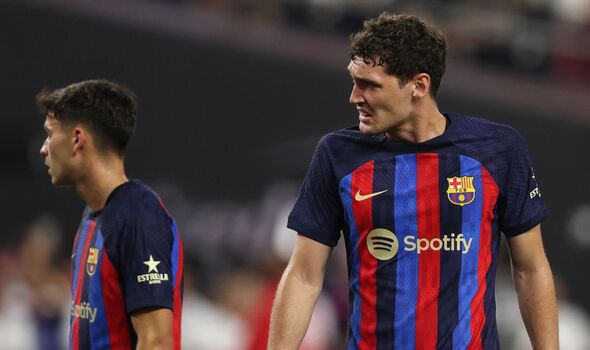 The mind-blowing proposition could effectively present Chelsea with the chance to bring the Dane back to Stamford Bridge just a matter of months after his departure.

Others clubs from across Europe are also likely to pounce – should both players be made available following the latest unexpected twist.

Barcelona remain in talks with Frenkie de Jong as they attempt to resolve his contractual situation and the deferred wages he is currently owed.

The Manchester United and Chelsea transfer target has been advised to agree a salary cut in order to remain at the club.

A potential legal battle could yet unfold between the club and player with De Jong adamant he wants to remain at Camp Nou.

Yet if there is no movement – several high-profile Barcelona players including Gerard Pique have already agreed to a salary reduction – the Catalan giants could be forced to draw up a remarkable Plan B that involves losing some of their new signings.

Thomas Tuchel remains a big fan of Christensen, who he was sorry to see depart west London after failing to agree a new contract.

Chelsea remain in the market for another central defender although Leicester City’s Wesley Fofana remains their priority target.

Yet with Leicester still refusing to buckle under the pressure after rejecting two sizeable bids, Chelsea could be forced to turn attentions elsewhere.

The relentless Blues are expected to chance their arm with one final mega-money offer that could be worth in the region of £80million.

Christensen had previously attracted interest from AC Milan before his Chelsea career ended on a sour note.

The centre-back opted not to play in the FA Cup final against Liverpool for personal reasons, despite being fit and available for selection.