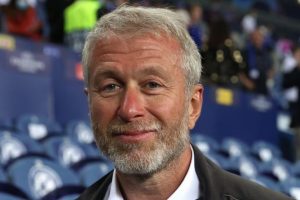 Chelsea owner Roman Abramovich is likely to be a busy man this summer as Thomas Tuchel eyes a number of reinforcements for the season ahead. The Blues boss led the club to Champions League glory in May but is reportedly keen on strengthening his ranks ahead of a renewed Premier League title challenge.

One particular area that Chelsea could benefit from prioritising this summer is in attack, with their current options somewhat limited despite their status as newly-crowned European champions.

Kai Havertz was forced to adapt to the No 9 role towards the back end of last season, with Timo Werner struggling to provide the goals since his big-money move from RB Leipzig a year ago.

Olivier Giroud impressed when called upon to deputise for the Blues, but sealed a £1million move to AC Milan last week to put an end to his three-and-a-half-year spell in west London.

Meanwhile, Tammy Abraham has fallen completely out of favour since Tuchel’s arrival in mid-January despite finishing last season as Chelsea’s joint-top scorer in all competitions.

The club are believed to be targeting the addition of a new striker as a matter of urgency, with Borussia Dortmund talisman Erling Haaland and Tottenham’s wantaway marksman Harry Kane said to be among those on Tuchel’s wish list.

However, it seems as though a move for either player would be highly unlikely ahead of next season.

Dortmund are reportedly determined to keep hold of Haaland, while Spurs chairman Daniel Levy is said to be vehemently opposed to the idea of selling his prized asset in Kane to a local rival.

The situation has the potential to leave Chelsea settling for a less-than-ideal alternative, when a top-class operator is what Tuchel’s side are in desperate need of in order to regain their Premier League title credentials.

It could be argued that the problem may have been avoided if Abramovich and former boss Jose Mourinho had decided against giving up on Romelu Lukaku, who has since emerged as one of the world’s best strikers.

The Belgian fired Inter Milan to their first Serie A title for a decade last season, scoring 24 goals and providing 10 assists in all competitions.

He struggled to establish himself as a regular during his time at Chelsea, with Mourinho shipping him out on loan to West Bromwich Albion and then Everton before he was finally sold to the Toffees in 2014.

Lukaku went on to struggle under Mourinho once again at Manchester United before joining Inter two years ago in a move that drastically altered the trajectory of his career.

The 28-year-old is now at the peak of his powers and would undoubtedly be the final piece of the jigsaw for Chelsea if he had stayed in the capital.

His ball control, movement and all-round finishing ability are rivalled by very few in world football, while his physical prowess would provide the Blues with the additional cutting edge required to dominate at the top of the pitch on a weekly basis.

Although Chelsea have been credited with an interest in bringing Lukaku back to Stamford Bridge in recent months, there is little to no chance that a move could be engineered in time for next season.

The forward has already committed his immediate future to Inter by underlining his desire to stay at the San Siro club, suggesting that Chelsea’s search for a brand-new talisman could go on for some time.

In truth, the Blues have struggled to fill the boots of Didier Drogba since his departure in the summer of 2012, with Lukaku arguably establishing himself as the one that got away.

Abramovich will surely be kicking himself after sanctioning Lukaku’s departure for a measly £32m seven years ago, with his asking price likely to have at least tripled in the period since.

However, the Blues owner will probably never be able to find out what might have been, with the possibility of a return to England seemingly dead in the water.