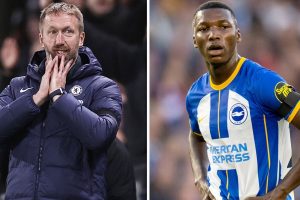 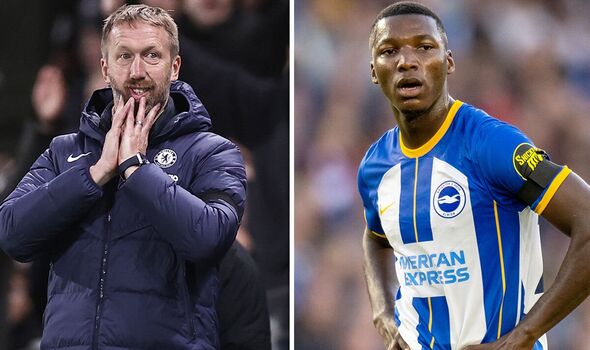 Chelsea boss Graham Potter may have himself to blame if he cannot get a deal for Moises Caicedo over the line this month. The Blues are keen on signing the Brighton star and have reportedly seen a bid rejected.

Chelsea have already made five signings in January but are not prepared to stop there. Mykhaylo Mudryk was the latest arrival for a fee that could rise to £88million.

He followed the likes of Joao Felix and Benoit Badiashile through the door at Cobham. But midfield is an area that hasn’t been addressed yet this month and Potter wants to change that.

Caicedo is the top target for Chelsea but he will not come cheap. And that could partly be down to Potter’s previous comments on the player when he was manager at the Amex.

The Athletic reports that Brighton have rejected an offer of £55m this week. It is well below what the Seagulls value the player at – which Potter should know very well.

Last August, there were reports that Liverpool had made an offer of £42m for Caicedo. Potter was the Brighton manager at the time and he was asked about the proposed bid at a press conference.

However, he claimed £42m would only be enough to buy Caicedo’s boots and said £100m could be a more realistic amount. Potter said: “In football you never know, but we are quite calm and confident.

“You’d probably get his boots for that from the chairman – maybe! £100m? They can try.

“It doesn’t surprise me that people are looking at him because he is playing at a fantastic level. As soon as you do research on him you realise he is a top kid, great person, young, playing in the Premier League, has all the attributes to play at the very, very highest level.”

Caicedo has only made 30 first-team appearances for Brighton since joining from Ecuadorian side Independiente del Valle in 2021. He had a spell in Belgium with Beerschot in the first half of last season before returning to the south coast club and playing an integral part of Potter’s squad.

Caicedo only turned 21 in November but has already won 28 caps for Ecuador. Chelsea will have to raise their offer substantially to have any hope of sealing a deal this month, and partly have their own manager to blame for that.