Chelsea are ‘very, very lucky’ to have signed Hakim Ziyech as Man City comparison made

Chelsea are “very, very lucky” to have agreed a deal to sign Hakim Ziyech from Ajax, says former Blues striker Tony Cascarino. Ziyech is set to join Chelsea in the summer after Ajax announced on Thursday a deal had been agreed between the two clubs. The attacking midfielder has agreed personal terms with Chelsea and will officially become a Blue on July 1.

Cascarino is a huge fan of Ziyech and has compared him to Manchester City star Riyad Mahrez.

And he thinks Chelsea are fortunate to have won the race to sign him for just £38m.

“[Ziyech] has got everything,” Cascarino said on talkSPORT.

“He’s a great set-piece taker, he’s a bit like Mahrez – he can go past people, he can dribble, he can go at you and just go past you, fantastic assist record, a hell of a talent. 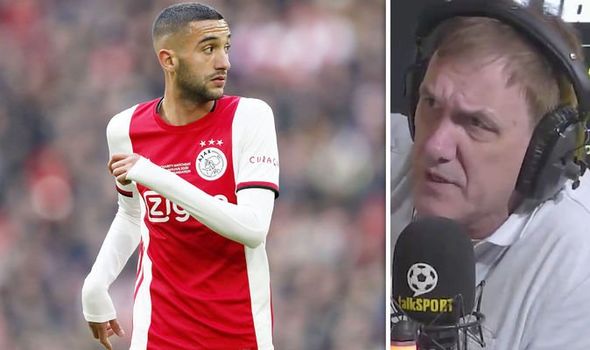 “I just think Chelsea would be very, very lucky to get him.

“When he got to Ajax he was bought for £11m. Now, Ajax don’t spend money, they’ve always brought in the kids.

“He was bought for £11m which was big money for a club like Ajax at that particular time, two, three years ago.

“He’s a real talent who I think would be a fantastic addition to Chelsea Football Club.

“He’s Mahrez physique-wise, he’ll go past you, he’ll see passes, he’s quote direct, he’s got a great array of set pieces that he’ll take and get on the ball.

“He has got everything in the game.

“He destroyed Real Madrid last year; he really played a big part in [Ajax getting] the better of Real Madrid at the Bernabeu.

“Absolutely [he can play in the Premier League]. He has got everything and I will be shocked if Chelsea only pay £38m. He’s a real talent.” 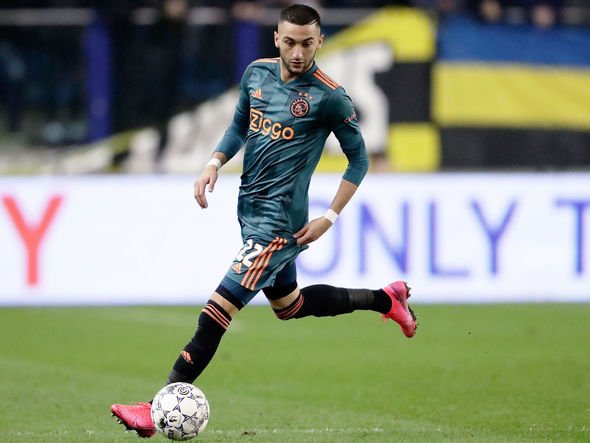 Ziyech’s Ajax team-mate Donny van de Beek has also been linked with a move to Chelsea.

And he has wished the 26-year-old the best of luck for his move to west London.

“Yes, if I hear all the reports, I will assume that it is already far. I do not know if it is completely finished,” Van de Beek told VoetbalPrimeur.

“I wish him everything and I hope he will do very well there. It is a step he deserves in my opinion. It is a fantastic football player, so I am confident that he will do well.

“I think it’s a very nice club with a lot of young players that can grow.

“I think Hakim will certainly be in place. Everyone of course has their opinion about that, but I think it’s a nice club for him.”