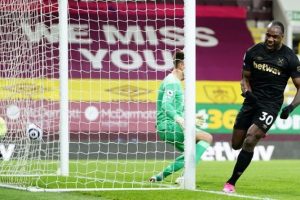 West Ham United boss David Moyes has fired a warning to Leicester City and Chelsea in the race for the top four.

The Hammers now sit fifth in the Premier League table following their 2-1 victory at Burnley on Monday evening.

They are just three points behind Chelsea ahead of the final four matches of the season with the race for a place in the UEFA Champions League for next season look set to go down to the wire once more.

Following the win at Turf Moor, Moyes suggested that the Hammers are not intending to slip away quietly and backed his side to continue disturbing the top four between now and the end of the campaign.

Speaking to Sky Sports, the 58-year-old said: “The team played really well. We won 2-1 but I felt it was a lot more than that. We rode our luck at the end but we should have been out of sight.

“I’d love to be in Europe. It would be an incredible achievement. We’re not far away from the Champions League positions. We’ve got to keep believing. 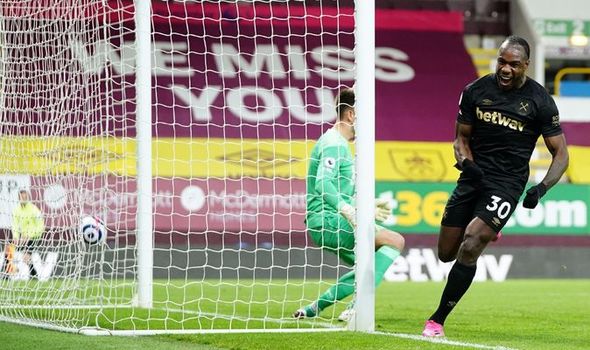 “Four games to go, it’s great. I want to smile about it. I’ve been here before – we’ll probably have to win the four games. If we played the way we played [vs Burnley] we’ll give most teams a game.”

The win against the Clarets on Monday evening was one that West Ham certainly needed.

Following back-to-back defeats against Newcastle and Chelsea, it looked like they were running out of steam in the race for European football having slipped below Spurs.

It seemed as though their frustrating recent run was going to be extended at Turf Moor as Chris Wood gave the Clarets the lead from the penalty spot following a foul by Tomas Soucek.

The Hammers were level shortly after though as Mikael Antonio, making his return from injury, headed home. He was then on the scoresheet once again soon after with an excellent, close-range finish.

The win moved West Ham up to fifth in the table.

Should they remain in the same position, it would be the first time that the Hammers have been in Europe since the 2016/17 season where they reached the UEFA Europa League playoffs only to be eliminated by Romanian outfit Astra Giurgiu.

Meanwhile, should they manage to overtake either Chelsea or Leicester ahead of the season’s conclusion, it would be the first time in their history entering the UEFA Champions League.