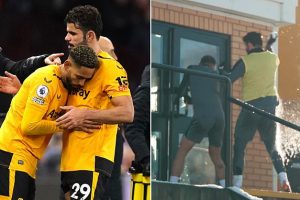 Diego Costa made the most of the wintry weather at Wolverhampton Wanderers’ training base to cheekily throw a snowball at one of his team-mates.

A cold snap has hit across England in recent days, leaving parts of the country covered in snow, including the Wolves training ground on Douglas Turner Way in Compton.

And as the Premier League side prepared for their Sunday trip to Manchester City, Costa rolled up some of the snow from the ground, before hiding it away as he went towards the club’s training building. 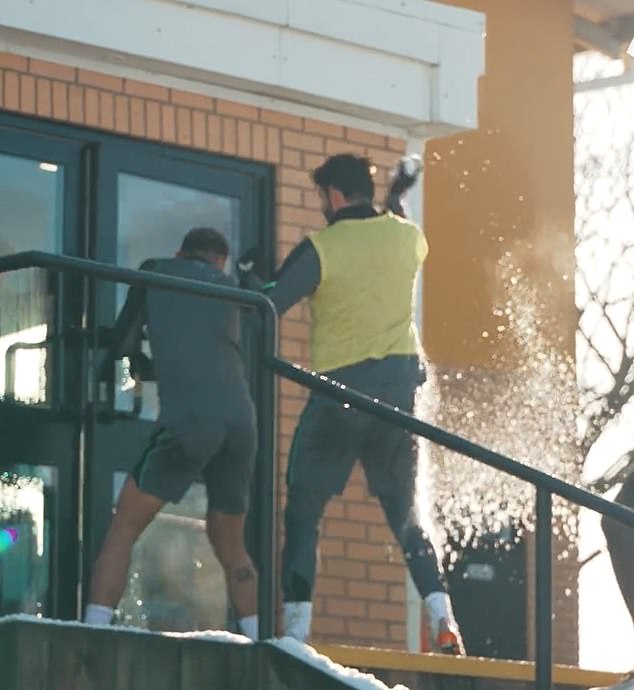 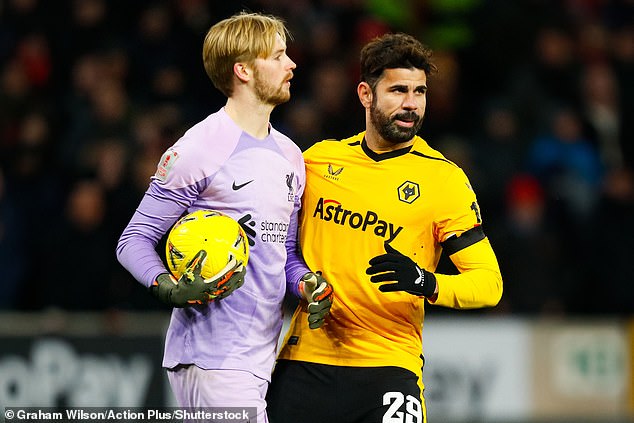 Costa joined Wolves as a free agent in September 2021, having previously played for Chelsea

Fellow Brazilian Matheus Cunha was talking to Costa as they made their way inside, but the 34-year-old striker pulled a snowball out of his pocket and pelted his Wolves team-mate and national compatriot with the cold projectile.

Wolves tweeted the incident with: ‘More Diego Costa antics.’, alongside a crying laughter emoji and a snowflake.

Thankfully, everyone seemed to enjoy the incident as Wolves set up for a challenging weekend match-up at the Etihad against second-placed Man City.

Costa, who joined Wolves as a free agent in September, and Cunha both came on as substitutes during their FA Cup defeat to Liverpool on Tuesday night. 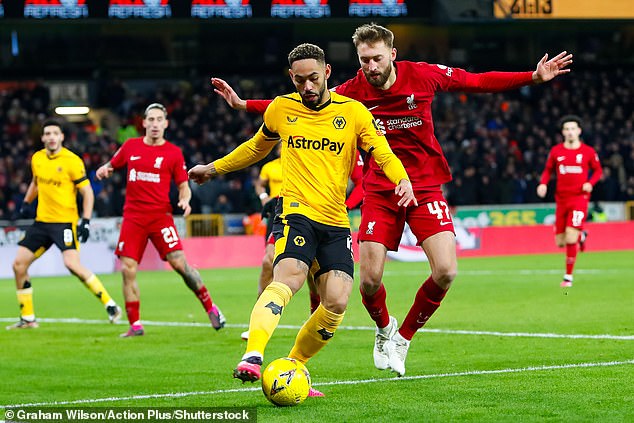 The ex-Chelsea striker previously had three spells at Atletico Madrid, and was last playing for Atletico Mineiro in Brazil before being released early in 2022, allowing him to join Wolves.

Cunha himself was previously at Atletico Madrid, joining the West Midlands club on loan at the beginning of January, with a view to a permanent move if certain stipulations in the agreement are met.

Wolves currently sit in 17th place on 17 points in the Premier League, ahead of their trip to Man City on Sunday afternoon. 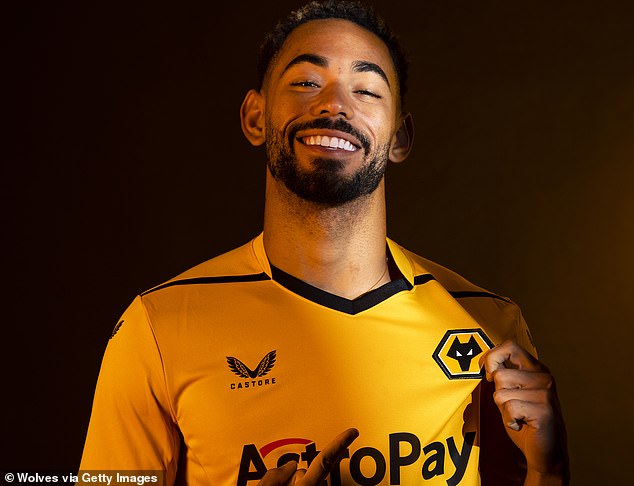 Cunha is on loan at Wolves from Atletico Madrid, with a potential permanent move to follow