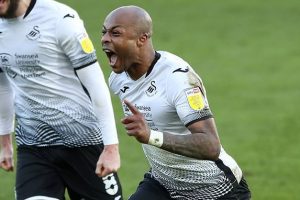 Swansea moved into third after another dramatic late Andre Ayew penalty saw off play-off chasing Middlesbrough 2-1 at the Liberty Stadium.

Ayew had the Swans ahead going into stoppage time, only for Sam Morsy’s deflected effort to look like salvaging a point for Boro.

But, as against Stoke in midweek, Ayew converted from the spot at the death to take his tally for the season to 13. 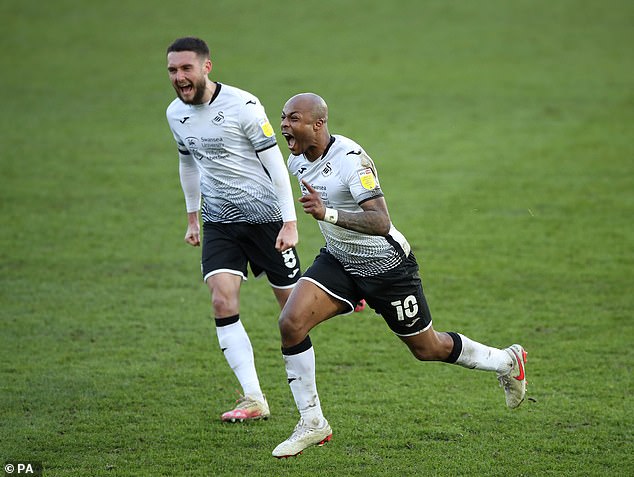 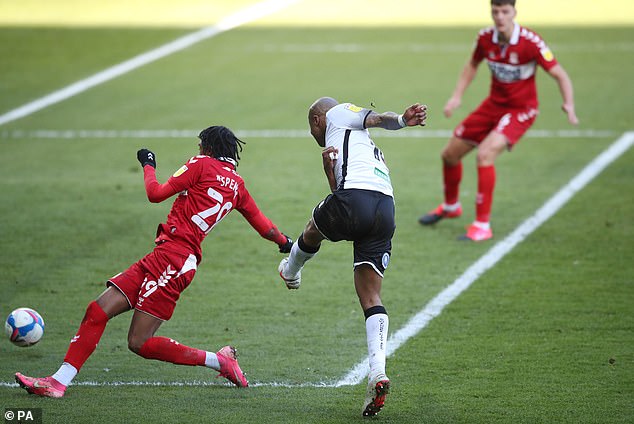 Watford leapfrogged Brentford into second spot in the Sky Bet Championship after a 1-0 victory over Nottingham Forest at Vicarage Road. 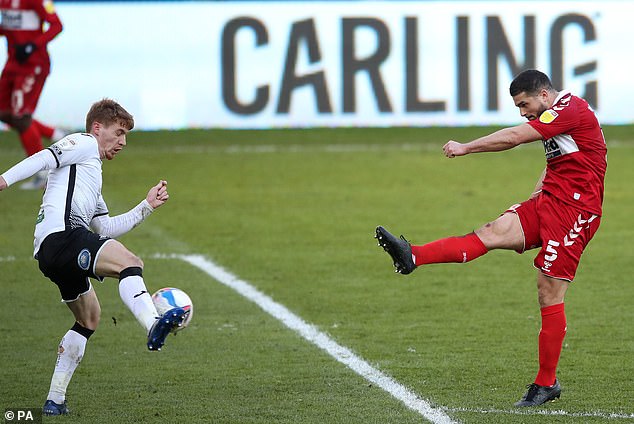 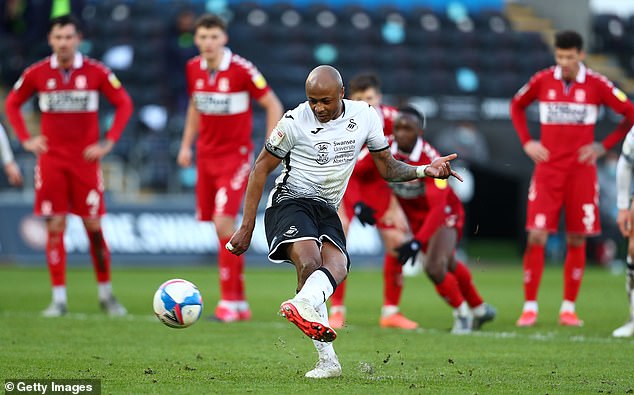 But, as against Stoke in midweek, Ayew converted from the spot at the death

Bournemouth slipped out of the top six after drawing 1-1 with Preston at Deepdale.

Arnaut Danjuma put the Cherries ahead eight minutes before half-time, but Daniel Johnson equalised for the hosts in the 70th minute.

Blackburn claimed a first win in eight matches after goals from Bradley Dack and Sam Gallagher secured a 2-0 victory over Millwall at the Den. 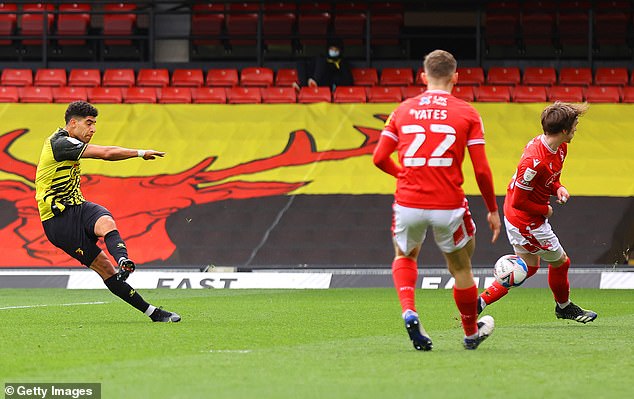 Stoke ended a three-match losing streak with a 2-0 success over rock-bottom Wycombe, with Rhys Norrington-Davies and Harry Souttar netting in the final 25 minutes at the bet365 Stadium. 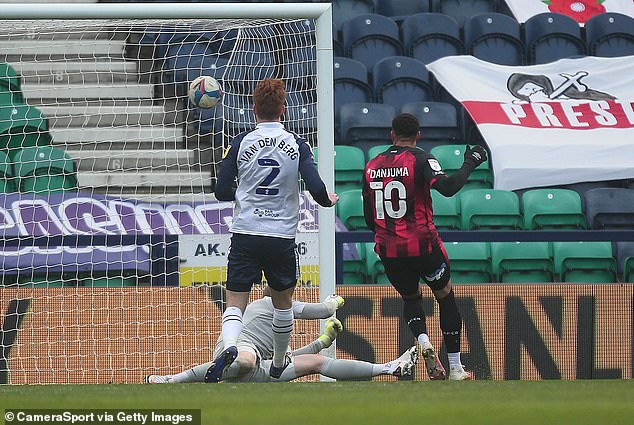