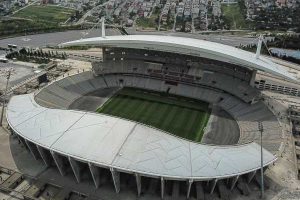 It has only been hours since the line-up for the 2021 Champions League final was confirmed, but the idea of moving it from Istanbul has already been mooted at Uefa level.

Some of the logic is obviously unassailable.

With it being an all-English final, and if British stadiums can at that point hold thousands of fans, it surely makes sense to just move it there rather than have so many fans travel in the middle of a pandemic.

Added to that is the ongoing success of the United Kingdom’s vaccination programme, against the numbers in Turkey. The day of Chelsea’s semi-final victory over Real Madrid brought 26,476 cases, albeit down from 28,997 on the day Manchester City eliminated Paris Saint-Germain.

Figures have more than halved since the 2021 Turkish peak of 61,967 on 21 April. The current lockdown will be lifted on 17 May, which is why there is some confidence in Istanbul and Uefa that the final can be held in circumstances that would be similar to the UK. The plan, according to the governing body’s latest statement, is that this prestige fixture will take place at the Ataturk with “a limited number of spectators”. The hope right now is for that to be 25,000, with 4,000 to each club.

Many within City and Chelsea might express fair shock at those numbers, especially amid ongoing questions about the number of “corporate” tickets. There is also the simple fact that this is a special – sometimes once-in-a-lifetime – occasion, and supporters shouldn’t be expected to pay prohibitively expensive amounts for multiple tests in order to travel. For City, it is the first in their history.

That is a situation is nevertheless a point that reflects the other layer of context to this beyond the pandemic.

As European football’s marquee fixture, the Champions League final is seen as an event for the whole continent, which is precisely why it is moved around. It is for football supporters in the host country as much as the supporters of the two teams involved.

The game being for everyone is similarly a more pressing point than usual. Both of these clubs have just tried to break away from the Champions League and form their own competition.

There is also the possibility that two more of those clubs – Manchester United and Arsenal – meet in the Europa League final, making it the second season out of the last three that both Uefa finals are all-English affairs. That will doubtless bring calls to move that game, too.

But how Anglo-centric would it look if one game – let alone both – were moved to England at their behest? There would be the sense that it is Uefa just doing the big clubs’ bidding again. That would also be at a point when the hand of these teams has never been weaker after the Super League fiasco, although City’s relationship with the governing body is said to have become much stronger in the wake of the last few weeks.

The Champions League is a full Europe-wide season, though. The two clubs only make it an “English” occasion after all that, and the point of a continental venue is to have something to work towards and make it a multi-national event regardless of who qualifies.

There is similarly an acknowledgement that Istanbul lost the final last year, and that they are desperate to stage it now.

One argument is that it could be swapped with Wembley’s 2024 hosting, so that the London venue gets to host it this year, and Istanbul could eventually get a full-capacity game. That is out of the equation for two reasons. One is that the Football League play-offs are taking place at Wembley that weekend. The second is that Istanbul is also just keen to host it now, even amid limited numbers. It would be the most powerful advertisement campaign possible at the start of what they hope is a revived tourism season.

As it is, Uefa sources say it won’t be moved unless Turkish authorities say they can’t cope. They’ve put a lot of work into it, and preparations for these fixtures take much longer than three weeks, which is the time from now until the match. There is also the fact that the UK would require quarantine for a lot of international broadcasters and officials, which is not the case in Turkey.

There are all manner of political and logistical concerns on the other side, too, but then the pandemic has tended to erode such concerns.

Much will depend on how that situation develops, and what happens in Istanbul after the lockdown is lifted on 17 May. For now, all roads – limited and obstructed as they are – lead to the Ataturk.